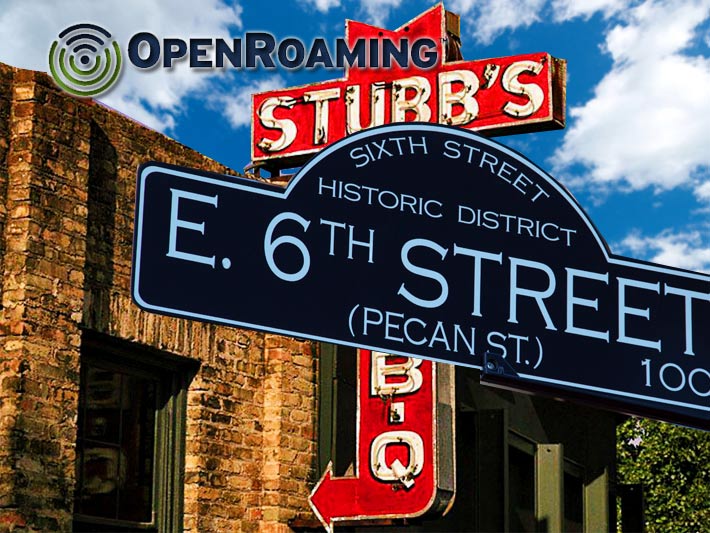 AT&T did a proof of concept for OpenRoaming in Austin, Texas along 6th Street and outside the popular Stubbs BBQ

The Wireless Broadband Alliance (WBA) today announced that AT&T has successfully completed a proof-of-concept trial of its Wi-Fi network with WBA OpenRoaming™ in areas of downtown Austin, Texas along 6th Street and outside of Stubbs BBQ. The network showcases the future of public Wi-Fi, where OpenRoaming provides secure, automatic and friction-free access to any device using their public Wi-Fi network.

Widespread easy access to public Wi-Fi in Austin enables residents to easily access services in the downtown area. While this is initially a trial proof of concept, in future the vision for OpenRoaming is one in which citizens will be able to stay connected in virtually any location across a city without worrying about potential security risks, ensuring cities and public spaces are more friendly to businesses, visitors and residents alike.

In the context of city deployments of WBA OpenRoaming, future deployments can see public Wi-Fi access in schools and libraries and other public domains, as demonstrated in Europe with the WiFi4EU initiatives, enabling secure access to the internet for research, schooling and business activities. The Canary Wharf deployment in the UK has already transformed the business district into a connected hub, allowing citizens to from street level to high rise offices while staying seamlessly connected with OpenRoaming enabled Wi-Fi.

Hotels, conference centers, restaurants, bars and retailers all stand to benefit from OpenRoaming technology. Good Wi-Fi, for instance, remains one of the top three reasons individuals choose one hotel over another. The technology also presents brands with countless opportunities to increase consumer engagement as they become part of a connected city experience, such as promoting special offers to individuals when they are near the premises.

Tiago Rodrigues, CEO of WBA said: “This trial is the first step to proving WBA OpenRoaming technology in a dense, urban location. This will be further developed during the summer of 2021 and commercial developments will come on board.”

WBA OpenRoaming eliminates the hassle of re-registering or re-entering log-in credentials because it doesn’t rely on MAC addressing to enable users to join a network. Instead, users are automatically, securely and privately connected every time they’re within range of a WBA OpenRoaming hotspot — including AT&T’s Wi-Fi CERTIFIED Passpoint® Wi-Fi network in Austin.