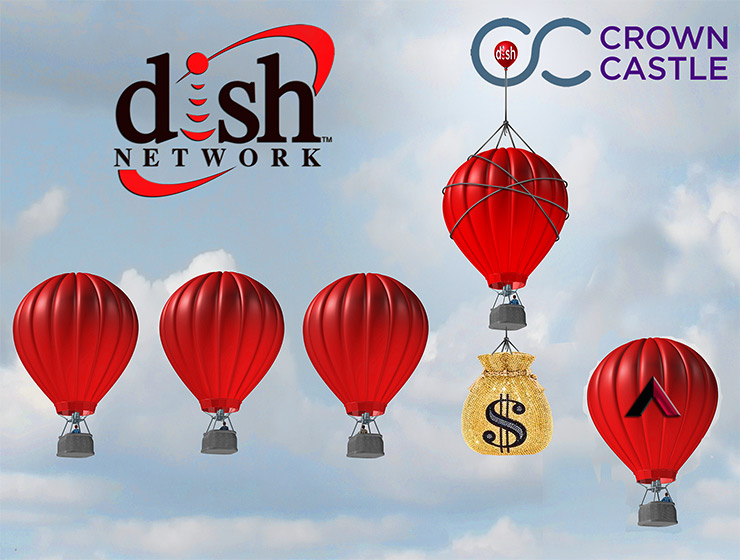 American Tower isn’t concerned that Crown Castle appears to be getting a larger share of Dish Network’s initial site co-locations. ATC EVP, Treasurer and CFO Rod Smith said that Dish might be favoring one tower company in the carrier’s initial network build, but he didn’t see it as a long-term concern. He said Dish revenue for American Tower wouldn’t be seen until 2022.

American Tower Corp. EVP, Treasurer and CFO Rod Smith said at Monday’s J.P. Morgan Global Technology, Media and Communications conference call that he’s not concerned that a competitor is expected to get a larger than typical share of Dish Network colocations.

Although J.P. Morgan Managing Director Phil Cusick did not mention Crown Castle as the competitor in his interview, he said that the towerco had a “sort of first mover advantage with Dish”.

Last November, Crown Castle and Dish announced a long-term agreement through which Crown Castle will lease Dish space on up to 20,000 communications towers.

It was a calculated message as negotiations were in progress with other tower owners.

“In terms of what the other tower companies may say, I don’t want to address that too specifically. But I will tell you, we expect to get, let’s call it our fair share of kind of the network build,” Smith said.

“I’ll highlight two things. One thing is we build value over the long-term. Short-term spikes in revenue and activity doesn’t really change the needle in terms of long-term value creation for our shareholders. It’s the long-term contracts that we get. It’s getting revenue on our sites and having stayed there over a long period of time.”

“We are very confident that as Dish builds out their network, they will be utilizing many of our sites. And I think they’ll utilize a percentage of our sites that will be similar to what we’ve seen other carriers use as they build out a network,” Smith said.

Smith noted that Dish might favor one tower company over another early on, but didn’t see it as a long-term concern.

“So, we don’t expect any other tower company to get an out-weighted share of that build. I think it will be spread across the tower companies and our assets are really good assets. They’ve got a high structural capacity ready to go, which means we have a low failure rate when people come in and put applications in and want to put equipment on our sites.”

He said that American Tower didn’t expect to see revenue from Dish until 2022.

Smith said carrier activity picked up at the end of last year and he expects it to accelerate into the rest of this year as well, possibly resulting in a record year in terms of new applications from carriers for both new co-locations as well as amendment activity on the side.

He informed Cusick that American Tower had weathered COVID-19 in the U.S. and continues its new builds, but the company is seeing an impact in India due to “significant lockdowns,” and as well as in Brazil.

In the U.S., Smith said, the company doesn’t see any impacts from COVID in terms of disrupting the supply chain, labor force, or vendors being available to do the work.

“Our teams are out and about and executing on applications.”