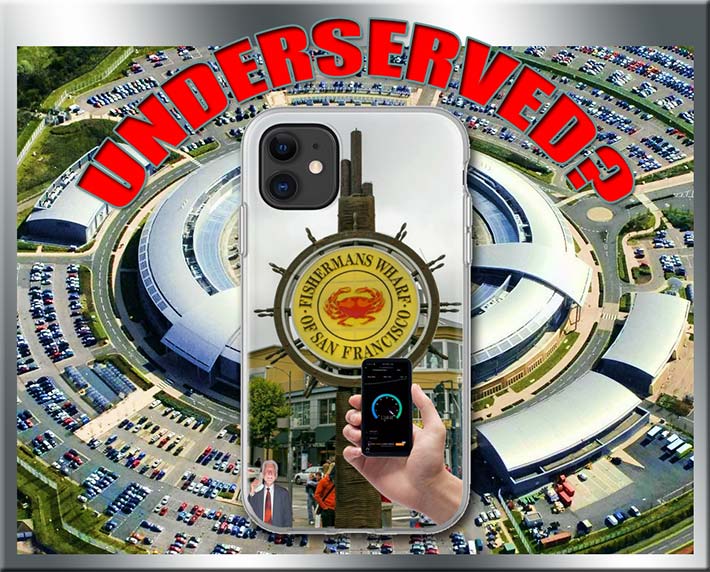 The Competitive Carriers Association said that the FCC is ready to dole out up to $1 billion to areas that are clearly not underserved such as Fisherman’s Wharf in San Francisco and Apple’s California headquarters in Cupertino.

In a study filed with the Federal Communications Commission, Competitive Carriers Association (CCA) asked the Commission to reconsider awarding Rural Digital Opportunity Fund (RDOF) Phase I grants to wealthy, densely populated areas that already have access to broadband, and instead direct support to genuinely unserved communities.

In a statement, CCA President & CEO Steven K. Berry said, “Pervasive errors in broadband data unfortunately led to some of the nation’s wealthiest, most densely populated areas set to receive RDOF Phase I funds. This program was designed to provide critical support to completely unserved areas, and I strongly encourage the Commission to better direct RDOF funding to areas that truly need it. For an organization whose members serve and connect rural communities, the potential misallocation of funding is troubling.”

Berry, whose organization has long advocated for more reliable data, said, “This is a prime example of what can happen if bad data is used. The good news is that the FCC can correct this mistake and help rural America close the digital divide. Consumers and businesses in rural areas stand to benefit greatly from access to broadband services, and CCA is ready and willing to work with the Commission to help achieve this important goal.”

CCA said the errors will send hundreds of millions of dollars of subsidies to areas that do not need it, including some of the nation’s wealthiest, most densely populated areas:

·Fisherman’s Wharf in San Francisco, California, which is one of the busiest and most well-known tourist attractions in the western United States;

· Portions of the inner loop central business district in downtown Chicago, Illinois, which is second only to midtown Manhattan in commercial activity; · Some of the largest and busiest airports in the world; and

· Preeminent technology hubs such as Apple Headquarters in Cupertino, California and the MIT campus in Cambridge, Massachusetts

These RDOF award sites are not aberrations, but—according to a comprehensive new analysis of publicly available data that CCA has conducted—cover nearly 403,000 people, which is greater than the population of New Orleans, Tulsa, or Tampa.

Furthermore, these areas have median incomes or population densities well above the national average and, by extension, are very likely already to have access to 25/3 Mbps broadband service. Indeed, spot checks of addresses within many of the census blocks slated to receive support revealed that many of these areas have access to multiple, competing broadband service providers offering services in excess of 25/3 Mbps.

“The flaws in the data risk having influenced bidding in unpredictable ways that would frustrate the goal of distributing RDOF funds to those areas truly in need. Subsidizing broadband services in wealthy, densely populated census blocks that have one or more service providers offering high-speed broadband wastes Federal funds, saps market incentives for facilities-based deployment, and deprives people and businesses in areas that truly need assistance from the support they deserve,” CCA informed the FCC.