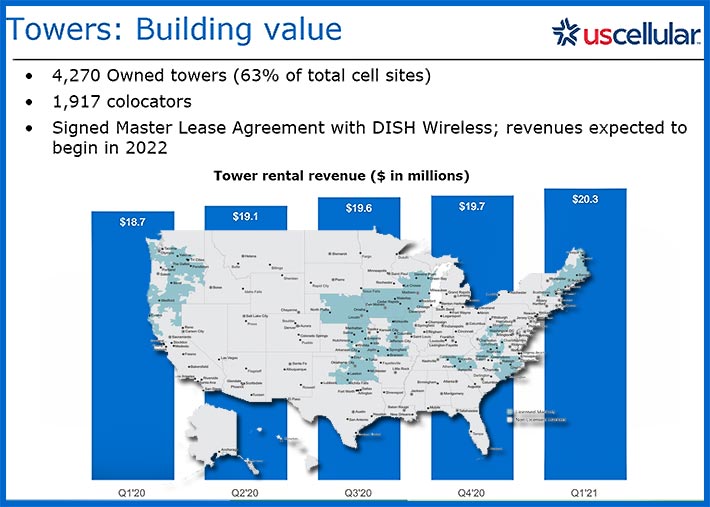 The carrier, the fifth largest tower owner in the U.S., made the announcement in its Q1, 2021 earnings conference call on Friday.

President and CEO Laurent Therivel said in the past the company would reserve a pretty significant amount of RAD center space or overall tower space for potential network expansion.

“We’re still reserving it but we brought that down a little bit, so we could expand their capacity, have them available to partners. The best thing we did is, we said look, we’ve got assets on those towers in the form of generators and shelters and backhaul and we’re willing to share that with our partners if the economics makes sense,” Therivel said.

“I think the Dish deal is the first example of those actions bearing fruit, and I expect to see more.”

“Frankly, I think that as a wireless operator, I — I’m also a customer with towers and I understand what my customers want, and we are trying to take a fairly customer-friendly approach that some of our competitors don’t always do. I mean, so when you put all that together, I think we’re able to offer a pretty good value proposition and clearly, that value proposition resonated with Dish. And I fully expect that that’s going to resonate with others as well,” Therivel said.