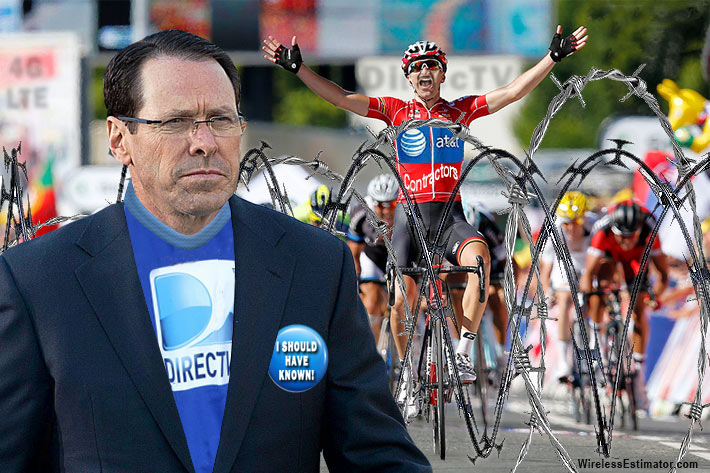 AT&T paid $48.5 billion for DirecTV in 2015. Six years later it’s now valued at $15 billion. At the time of the acquisition, AT&T put a hold on all new wireless projects causing many wireless contractors and suppliers to lose millions of dollars.

In May of 2014, after AT&T announced that it was buying DirecTV for $48.5 billion, it froze additional wireless projects and put on hold the need to marshal up to 1,000 dedicated installation crews, severely crippling many tower installation contractors and suppliers, causing many millions of dollars of losses.

Then CEO Randall Stephenson heralded the acquisition, informing analysts that further diversification into media and entertainment was an important tool to maintain profitability.

However, Stephenson could not have envisioned that over the years customers would be given the opportunity to move to cheaper online streaming services and cord-cutting, and AT&T announced this week that it wrote down its premium TV business and DirecTV by $15.5 billion.

The DirectTV acquisition and its loss of subscribers is still causing pain for some wireless workers.

Earlier this month, as reported by The Wall Street Journal, Goodman Networks, Inc. lost a DirecTV service contract that generated roughly $100 million in revenue, according to people familiar with the matter.

That revenue represents approximately 80% of Goodman’s revenue, according to company disclosures.

It is not known if MasTec Network Solutions, one of DirecTV’s prime contractors, benefited from Goodman’s termination or will also be impacted by the satellite provider’s growth obstacles.

Both companies did not respond to a request for additional information.

In May, DirecTV closed its operation in Venezuela due to political instability.

AT&T has reportedly been trying to sell troubled Direct TV for the past few months, with TPG, a private-equity firm as a potential suitor. Bids for DirecTV have reportedly valued the subsidiary at about $15 billion.

After serving 13 years as AT&T’s CEO, Stephenson, 60, retired last July. Later this month he will retire as Executive Chairman of the Board of Directors.