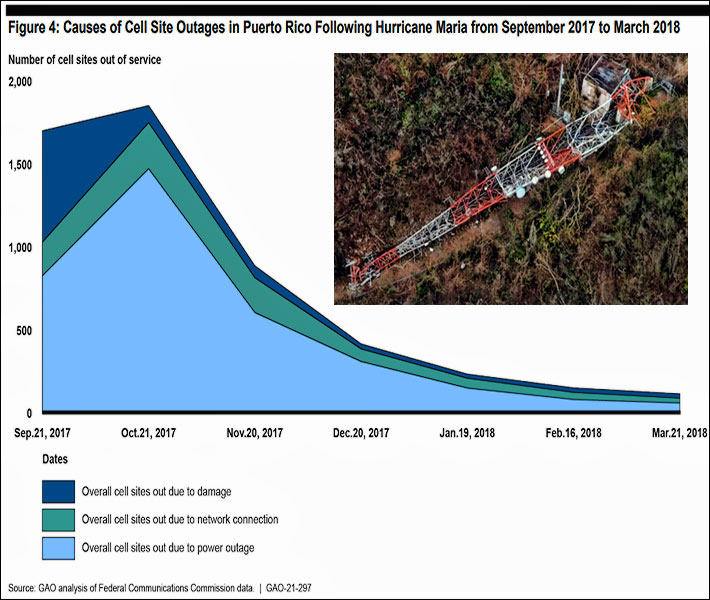 Cell tower damage wasn’t the primary interrupter of cell service after Hurricane Maria struck, the majority of outages were due to lack of power. While the Department of Homeland Security is the lead agency in federal disaster response, the FCC has a supporting role related to telecommunications issues.

In a report issued Tuesday, the Government Accountability Office (GAO) found that although the FCC supported telecommunications restoration efforts following Hurricane Maria, future disaster recovery efforts by the agency could be improved. 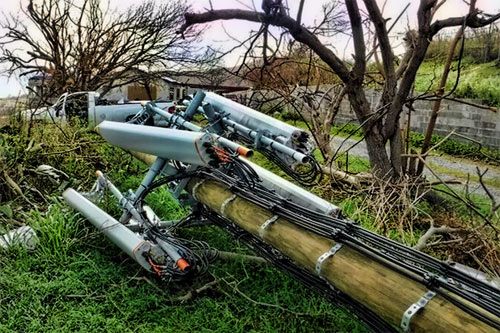 Although the FCC provided daily reports of outages following Hurricane Maria, it didn’t help Puerto Ricans who did not have access to the information, the GAO report said.

The GAO found that the FCC’s disaster response role was unclear in guidance published by the Department of Homeland Security (DHS), even though the guidance states that all levels of government should understand their respective roles.

In particular, DHS did not define specific actions for the FCC in the emergency support function guidance related to restoring communications infrastructure; this lack of clarity could have contributed to confusion and delays in the hurricane’s aftermath, the report said.

“By updating the emergency support guidance with FCC’s role clearly defined, DHS could help to reduce confusion and leverage FCC’s knowledge on new or evolving technologies that could assist in faster network recovery following disasters,” the report noted.

The FCC identified lessons learned to enhance its disaster response and recovery efforts following the 2017 Atlantic hurricane season and issued a report in August 2018 that included observations from four hurricanes, including Hurricane Maria.

For example, the FCC noted that it could enhance its role in training and improve its coordination with federal partners.

However, specifically related to Hurricane Maria, the GAO found that the FCC obtained limited public input and that the Hurricane Recovery Task Force’s efforts lacked transparency because the FCC had not publicly communicated the task force’s actions or findings.

According to FCC officials, the FCC activated DIRS when Hurricane Maria made landfall in Puerto Rico on September 20, 2017, and collected information on network outages for 182 days, the longest period in FCC history. In total, the  FCC published 107 reports in English and 79 reports in Spanish (the primary language spoken in Puerto Rico) during that time.

However, the effectiveness of this type of reporting was limited given that much of territories’ populations did not have access to telecommunications services. FCC officials told the GAO they did not know how many Puerto Rico or USVI residents were able to access the status reports.