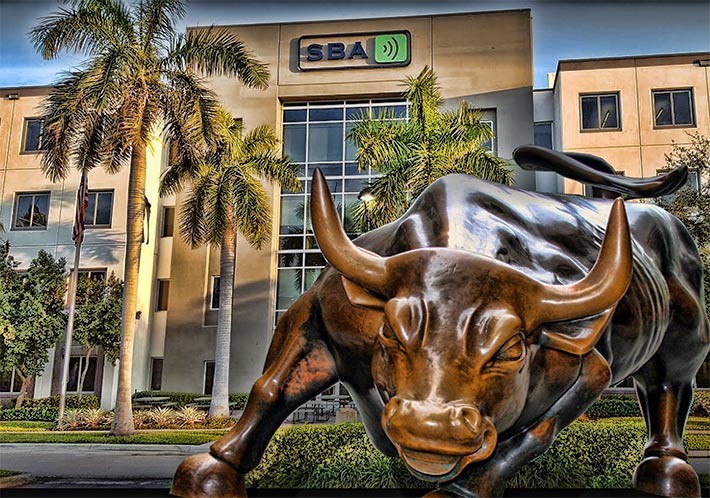 WHAT A DIFFERENCE CLOSE TO TWO DECADES CAN MAKE – On October 14, 2002, SBA Communications was trading at $0.19 a share. Yesterday, the stock closed at $296.90. The company, which could have faced being delisted because its share price was under $1.00 for 116 days, is now the highest-priced publicly traded towerco and is an S&P 500 company.

But long-term investors have done remarkably well over the years and if they were able to purchase these stocks when they hit their all-time low, they made out marvelously, many becoming millionaires.

For all three towercos their lows happened in late 2002 as a result of the dotcom bubble burst and market uncertainty following 9/11. Plus financial analysts said, “It’s the cash flow, stupid, not the number of sticks in the air begging for tenants.”

However, the motherload of money would have come from an investment in SBA when it traded at $0.19 three days after American Tower hit rock bottom. Yesterday’s profit would have been $4,997,221.

For months on end, SBA could have been delisted since the exchanges can trigger that action if a stock remains below $1.00 for 30 days. SBA trafficked in that territory for 116 days. American Tower traded below a dollar for 15 days.

Marc Ganzi-led Colony Capital (CLNY NYSE), which has spent the last 18 months pivoting to digital infrastructure from traditional real estate, could have been acquired for $1.33 a share on March 19, 2020.