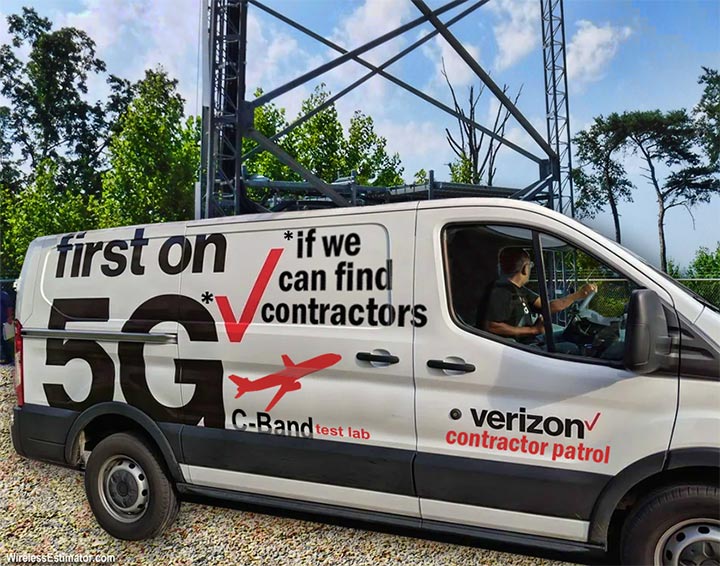 Multiple contractors have contacted Wireless Estimator, stating that they will no longer take Verizon projects since the matrix pricing will not allow them to remain profitable. Although Verizon is still building out its 5G network, the carrier will delay its 5G C-band rollout until FAA safety concerns are addressed.

Consumer prices surged at the fastest pace in more than three decades in October as fuel costs accelerated, supply chains remained under pressure and construction materials and steel prices moved higher — bad news for economic policymakers at the Federal Reserve and for the Biden White House. Even worse news for wireless contractors who are locked into Tier 1 companies’ ‘take it or leave it’ matrix pricing that does not allow them to negotiate changes.

Overall prices rose by 6.2% over the past 12 months, the fastest pace since 1990, and inflation began to accelerate again on a monthly basis.

For the past six years or more,  carriers have required their primary general contractors and turfing vendors to make deep reductions in their pricing each year. They in turn required their subcontractors to compensate them for the reduction, and in some cases, demanded higher pricing discounts – along with the ever-present explanation that contractors can accommodate the lower pricing by becoming more efficient.

Towercos also reduced their build pricing, although not as severe, according to contractors.

Last June, NATE: The Communications Infrastructure Contractors Association, exposed the pricing pressures at the South Wireless Summit and then took the gloves off when the Association produced a video last month that was brutal, but true, according to many executives from major contracting companies that shared their concerns with Wireless Estimator.

NATE has not identified if they are in conversations with Tier 1 companies to explore the unsustainable position that they have put contractors in due to matrix pricing, however, it is known that the trade group’s membership overwhelmingly approved of the organization’s pro-active role in representing its members and NATE’s recent efforts have reportedly seen a marked increase in members.

The U.S. Bureau of Labor Statistics’ (BLS) announced that the Consumer Price Index Rise for October was 0.9%, but contractors were already feeling the impact and discussed it with Verizon last month during proposal opportunities calls.

A frequent question posed by contractors about how they were to cover their costs of things not factored into the matrix such as inflation received the same answer: “That’s the cost of doing business.”

Therefore, the BLS’s data released yesterday that stated that hotel and motel rates have increased 26% would have to be absorbed by the contractor as the “cost of doing business.” As will fuel that increased 50% and concrete at almost 30%.

One contractor informed Wireless Estimator, “They probably felt they were being very generous on the matrix by offering a 7% mark-up on contractor-provided materials, and rental equipment.

Another contractor noted that the small markup wouldn’t cover his minimum general and administrative requirement of 20%.

In addition, in some cities, contractors have to send a project manager to city agencies and apply for a crane lift permit for the trucking/crane and also one for any street closures.

They need to provide drawings, loads, traffic plans, and other documentation. So, the 7% has evaporated before the crane even shows up. The pre-work associated with cranes in the city is not reimbursable and then the contractor has to wait for their 7% anywhere from 60 to 120 days or more for an invoice that the crane company expects to be paid within 30 days or less.

A recent towerco matrix for a carrier build reviewed by Wireless Estimator only offered a 3% markup.

Verizon doesn’t have exclusivity on unprofitable matrix pricing since all carriers have adopted it in some manner, unless it’s a raw land, retrofit or some other installation that is project-specific.

Contractors taking a shellacking due to supply chain issues

Supply chain issues have also increased contractors’ costs in addition to increased freight charges. A major wireless distributor today put its customers on notice that products larger than 8’ must incur additional costs and items over 15’ to 21’ will see a charge that can be as high as $1,000 on top of the standard charges. Since October 2020, steel prices are up a staggering 210%.

Although contractors typically do not provide components such as mounting frames, they have to supply many steel-based products to complete the installation, again at their “cost of doing business.”

In the past two months, nine contractors informed Wireless Estimator that they will no longer be providing proposals to Verizon because their commoditized pricing isn’t profitable.

Six of them had been performing services for Verizon for four years or more. 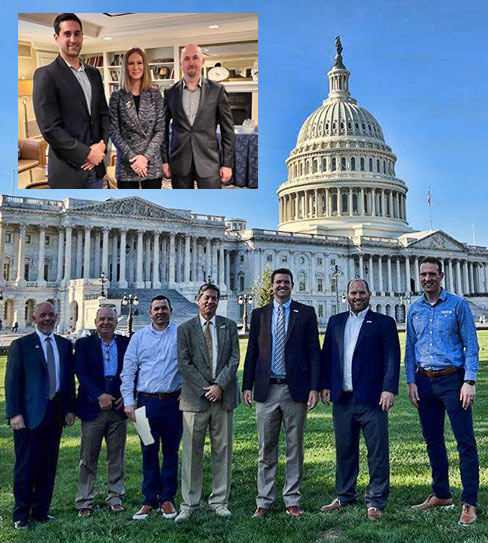 NATE board members and several other of its leaders are in Washington, DC this week visiting with their congressional offices to discuss matters that are important to its members such as supply chain problems impacting broadband deployment as well as workforce development, and infrastructure funding. It’s likely that depressed Tier 1 pricing will enter the conversations.

Contractors are convinced that if their Tier  1 companies want to keep building networks at a frenetic pace, they will have to listen to the financial plight of the companies who are building their networks.

“If not, they’ll find themselves far behind schedule and falling behind faster over time. Big companies almost instinctively resist paying more for standard commodities, but eventually, the new economy forces them to get realistic. Unfortunately, this means one more big disruption in an industry that is already in huge turmoil. When somebody tries to understand the causes of supply chain problems – fair labor compensation is another among the many causes,” said wireless consultant Doug Dawson in his blog.

According to most industry observers, although wages are going up for the majority of Americans in skilled professions, increases are largely bypassing highly trained tower technicians simply because compulsive matrix pricing prevents compensation.