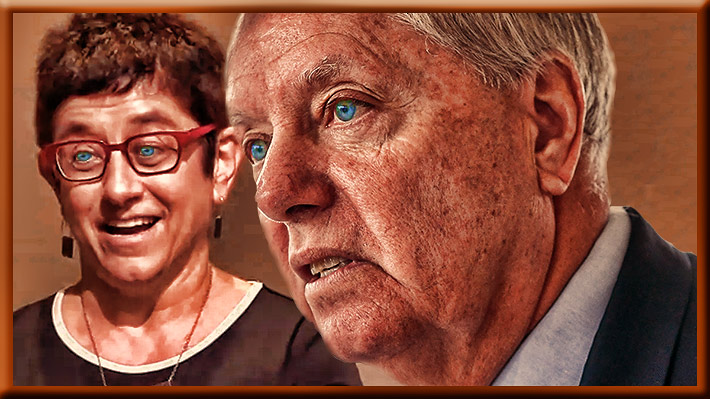 The Senate Commerce, Science, and Transportation Committee is holding a nomination hearing to examine the nomination of FCC Chairwoman Jessica Rosenworcel (D), but it appears that Republicans have been initially successful in blocking President Joe Biden’s other FCC Commissioner nominee, Gigi Sohn (D), who will not appear with Rosenworcel, according to the committee’s agenda.

GOP committee members, Sen. Roger Wicker of Mississippi and Sen. John Thune of South Dakota have registered concerns about Sohn and her past support for government regulation of broadband.

Sohn, a longtime telecom lawyer and consumer advocate with decades of connections in Washington, is known in particular for work on net neutrality.

Although he is not on the committee, Sen. Lindsey Graham (R-SC) has become the most vociferant Republican against Sohn’s nomination, stating, “I will do everything in my power to convince colleagues on both sides of the aisle to reject this extreme nominee.” In a tweet on Tuesday. He called Sohn “a complete political ideologue who has disdain for conservatives. She would be a complete nightmare for the country when it comes to regulating the public airwaves.”

Graham’s tweets came in response to The Wall Street Journal’s editorial board’s criticism of her selection. The newspaper described Sohn as a “progressive partisan” who “favors deploying the agency’s regulatory power to shackle broadband providers and silence conservative voices.”

“For all my concerns about #Facebook, I believe that Fox News has had the most negative impact on our democracy,” Sohn tweeted in October 2020. “It’s state-sponsored propaganda, with few if any opposing viewpoints.”

Sohn’s conservative opponents might argue that the same comments would be apropos for CNN, MSNBC and other mainstream media.

A former FCC official during the Obama administration, Sohn founded the liberal group Public Knowledge, which has favored more government oversight of the internet and Republicans believe she would weaponize the agency for political purposes.

The White House praised Sohn when officially announcing her nomination in October, stating that she has defended broadband access for years and noted she would be the first openly LGBTIQ+ FCC commissioner.

“For over thirty years, Gigi has worked to defend and preserve the fundamental competition and innovation policies that have made broadband Internet access more ubiquitous, competitive, affordable, open, and protective of user privacy. If she is confirmed, Gigi would be the first openly LGBTIQ+ Commissioner in the history of the FCC,” a White House press release noted.

Sohn gained an unexpected ally on Wednesday,  the president of the highly conservative One America News Network.

Charles Herring issued a statement endorsing Sohn’s confirmation, commenting, “as an executive of an independent, family-owned business of two national networks, One America News Network and AWE, I’ve found myself advocating for more open markets in an environment that is arguably a quasi-monopoly. I’ve fought in the trenches side-by-side with Gigi Sohn for a number of years on multiple issues. I’m fully aware of Gigi’s personal views, yet I’m even more knowledgeable on her strong belief and advocacy for diversity in the programming lineup, especially in news, regardless of conflicts with her personal views.”