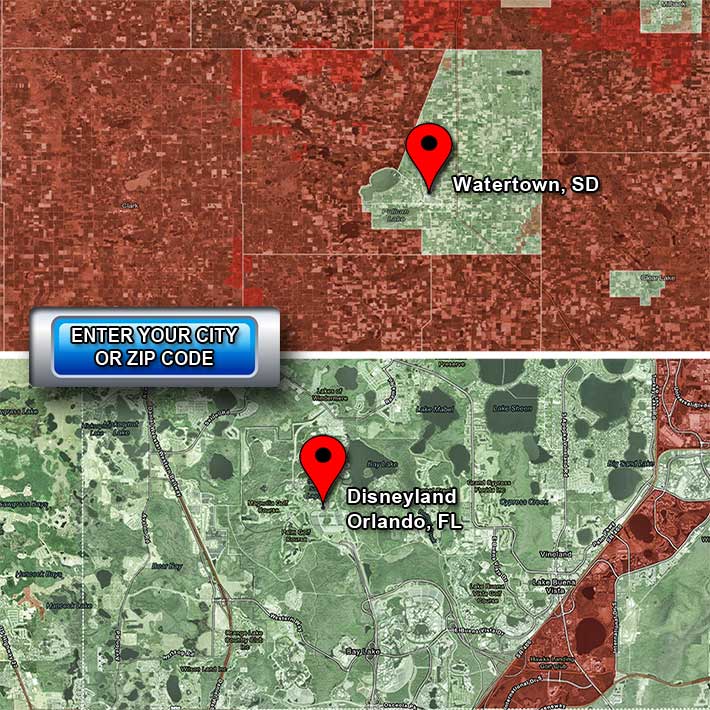 Although Watertown, SD has excellent coverage, just outside the city limits broadband service is severely lacking. Areas like Disneyland in Orlando, FL have excellent coverage, but you might be surprised at some poor pockets of service in highly populated urban and suburban communities. Enter you zip code or city to find out what coverage you have.

The U.S. Department of Commerce’s National Telecommunications and Information Administration (NTIA) released a new publicly available digital map that displays key indicators of broadband needs across the country. This is the first interactive, public map that allows users to explore different datasets about where people do not have quality Internet access.

The “Indicators of Broadband Need” tool puts on one map, for the first time, data from both public and private sources. It contains data aggregated at the county, census tract, and census block level from the U.S. Census Bureau, the Federal Communications Commission (FCC), M-Lab, Ookla and Microsoft. Speed-test data provided by M-Lab and Ookla help to illustrate the reality that communities experience when going online, with many parts of the country reporting speeds that fall below the FCC’s current benchmark for fixed broadband service of 25 Mbps download, 3 Mbps upload. This is the first map that allows users to graphically compare and contrast these different data sources.

“We’re glad the NTIA is out with this version of a map, but it’s not a substitute for the FCC’s more accurate and granular approach which will identity every home and business in America and whether — or not — it has broadband,” USTelecom CEO Jonathan Spalter said in a statement.

“The administration itself acknowledged this map is not authoritative — instead suggesting it is meant to let users compare existing coverage estimates. So we should take that at face value,” Spalter noted.

“As we release this important data to the public, it paints a sobering view of the challenges facing far too many Americans as they try to connect to high-speed broadband and participate in our modern economy,” said U.S. Secretary of Commerce Gina M. Raimondo. “In his American Jobs Plan, President Biden has proposed a once-in-a-lifetime investment that would finally connect one hundred percent of the country to reliable and affordable high-speed broadband.”

The map also puts poverty and lack of broadband access on the same page. The dataset allows you to see where high-poverty communities are located and how that relates to internet usage patterns, as well as to a lack of computers and related equipment.  The map also shows usage patterns in tribal communities, which have historically suffered from lack of internet access. Users can toggle the separate data sets on and off to compare information, and search for specific locations, including Tribal lands and minority-serving institutions, to gain a better understanding of where broadband needs are greatest.

“Any effort to close the digital divide starts with solid data, and NTIA continues to help policymakers make more informed decisions on expanding broadband access,” said Acting NTIA Administrator Evelyn Remaley. “Now, the public can benefit from our platform to see which areas of the country still don’t have broadband at speeds needed to participate in the modern economy.”

“Broadband is no longer nice to have. It’s need to have. To ensure that every household has the internet access necessary for success in the digital age, we need better ways to accurately measure where high-speed service has reached Americans and where it has not,” said FCC Acting Chairwoman Jessica Rosenworcel. “The latest mapping effort by NTIA is a welcome new tool that provides valuable insight into the state of broadband across the country. Kudos to Secretary Raimondo and Acting Assistant Secretary Remaley for their leadership. The FCC looks forward to continuing our close collaboration with the Commerce Department and other federal partners to fulfill the goal of connecting 100 percent of Americans.”

NTIA also offers to state governments and federal partners a geographic information system (GIS) platform called the National Broadband Availability Map (NBAM) that provides more complex tools for analyzing broadband access, such as the ability to upload GIS files to compare proposed projects. Earlier this month, NTIA announced that Arizona, Idaho, Kansas, Maryland, Mississippi, and South Dakota have joined the growing roster of state participants in the NBAM, bringing the total number of participating states to 36. The mapping platform allows these states and others to better inform broadband projects and funding decisions. 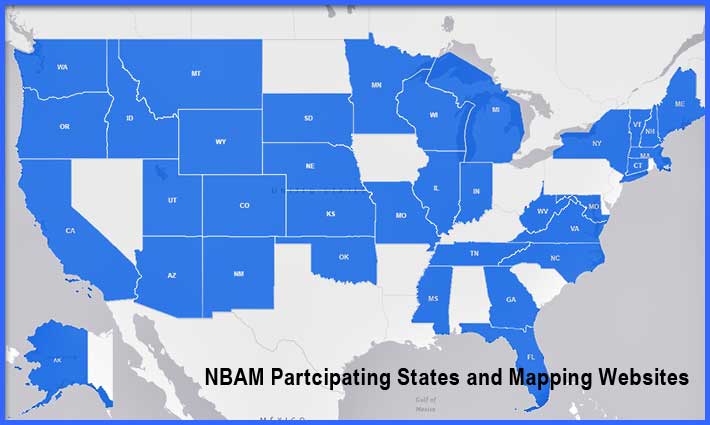