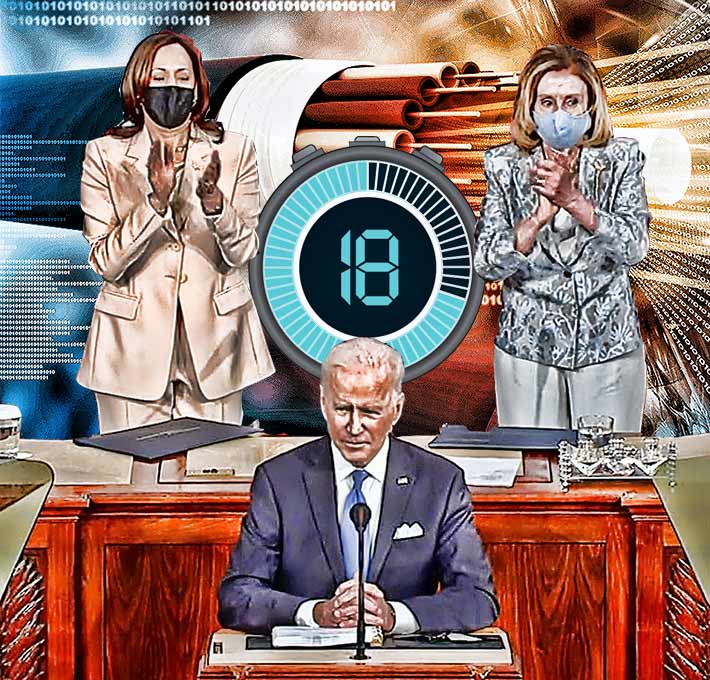 President Biden unveiled a major proposal of investing in America describing it as “a blue-collar blueprint to build America,” heavily promoting unions. He spent 18 seconds discussing the need for universal broadband.

If you didn’t have an additional 70 minutes to spare last evening to watch President Biden’s fist-bumping prime-time joint address to Congress to discover how his leadership and administration’s actions will alter the industry, it can be summed up in one sentence: The internet was a science breakthrough, America needs high speed internet, wind turbine blades should be built in Pittsburg and unions are good.

Much of his remarks were related to selling his $1.8 trillion plan to boost programs for families, students and children and a $2.3 trillion jobs and infrastructure plan that need congressional approval.

His American Jobs Plan released March 31, 2021, below, provides $100 billion to revitalize America’s digital infrastructure, but it presents no details that will assist in contractor or supplier planning.

During his speech he said it creates jobs by connecting every American with high-speed internet, including 35% of rural Americans who still don’t have it.

“This will help our kids and businesses succeed in a 21st Century economy. And I am asking the Vice President to help lead this effort,” President Biden said.

“The American Jobs Plan is a blue-collar blueprint to build America. And, it recognizes something I’ve always said. Wall Street didn’t build this country. The middle class built this country. And unions build the middle class. And that’s why I’m calling on Congress to pass the Protecting the Right to Organize Act – the PRO Act — and send it to my desk to support the right to unionize,” he said.

In his drive to use products manufactured in America, the President said, “There’s no reason the blades for wind turbines can’t be built in Pittsburgh instead of Beijing.”

Generations ago, the federal government recognized that without affordable access to electricity, Americans couldn’t fully participate in modern society and the modern economy. With the 1936 Rural Electrification Act, the federal government made a historic investment in bringing electricity to nearly every home and farm in America, and millions of families and our economy reaped the benefits. Broadband internet is the new electricity. It is necessary for Americans to do their jobs, to participate equally in school learning, health care, and to stay connected. Yet, by one definition, more than 30 million Americans live in areas where there is no broadband infrastructure that provides minimally acceptable speeds. Americans in rural areas and on tribal lands particularly lack adequate access. And, in part because the United States has some of the highest broadband prices among OECD countries, millions of Americans can’t use broadband internet even if the infrastructure exists where they live. In urban areas as well, there is a stark digital divide: a much higher percentage of White families use home broadband internet than Black or Latino families. The last year made painfully clear the cost of these disparities, particularly for students who struggled to connect while learning remotely, compounding learning loss and social isolation for those students.
The President believes we can bring affordable, reliable, high-speed broadband to every American through a historic investment of $100 billion. That investment will: