Services have been announced for Michael “Trey” Curtis Wagner, III, 21 of St Joseph, IL, who passed away on September 3, 2021 at Franciscan Healthcare in Olympia Fields, IL as a result of injuries sustained when he fell while working on a monopine cell tower in Olympia Fields. 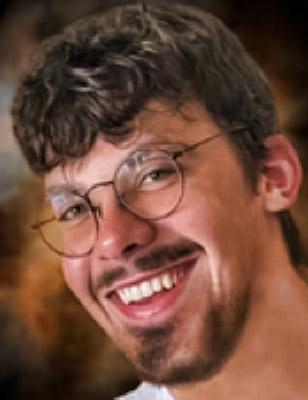 Trey was born on May 30, 2000, the son of Michael Curtis Wagner, II and Jennifer Elizabeth Rauch in St. Louis, MO.

Trey is preceded in death by his paternal grandparents, Michael Curtis Wagner and Maryl (Dixon) Maxfield

Trey was a 2018 Graduate of St Joseph-Ogden High School and graduated from the North American Lineman Training Center Pre-Apprentice Lineworker Program under the provisions established by the Tennessee Higher Education Commission April 2020.

Trey was an avid wrestler in high school. He enjoyed spending his free time exercising, golfing, fishing and hanging out with family and friends. Trey passed away doing what he loved after being involved in an accident at work. Trey was someone who brightened any room he was in with his goofy humor, and had a laugh/smile that was as contagious as they come. He was undeniably smart, light-hearted, and a genuinely kind and good person.

A Celebration of Life will be held Sunday, September 12, 2021 at 2:00 p.m. at Central Christian Church, 1101 N Vermilion Street, Danville, IL. Adam Harmon will officiate. Cremation Rites will be accorded following the Celebration of Life Service. Visitation will be held on Saturday, September 11, 2021 from 3:00-6:00 p.m. at Sunset Funeral Home and Cremation Center 3940 N Vermilion St., Danville, Illinois 61834.

It is kindly requested that those in attendance of the visitation and services wear a mask and practice social distancing.

Memorials may be contributed to the Michael “Trey” Wagner Memorial fund at Gifford State Bank, 107 W Warren St, St Joseph, IL  61873. This funding is hoping to support St. Joseph Wrestling and a scholarship for those at SJO High School wanting to pursue a trade school.

Please join Trey’s family in sharing memories, photos and videos on his tribute wall at sunsetfuneralhome.com .