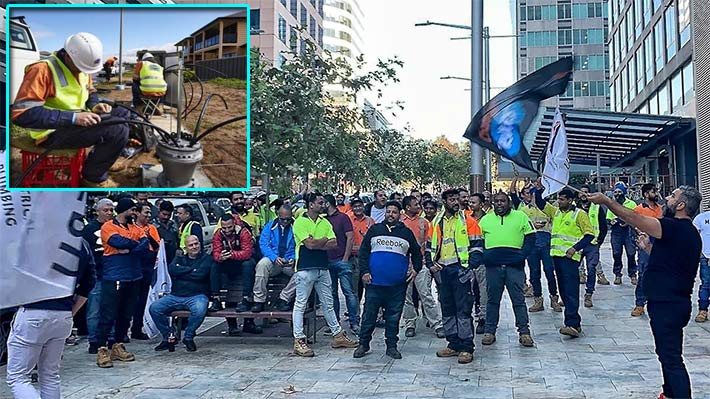 Over 600 telecommunications technicians across Australia quit installing and repairing National Broadband Network (NBN) services yesterday as part of a National Day of Action, according to the Communications, Electrical and Plumbing Union (CEPU).

The NBN is an Australia-wide project funded by the Federal Government to provide all homes and businesses with a fast, reliable connection to the internet.

Access to it once it is installed is through internet service providers like Optus, Telstra, Telstra, TPG, iiNet or Aussie Broadband.

The telecommunications techs don’t work on towers as technicians do in the U.S., but provide connections to businesses and homes with fiber, cable and fixed wireless.

However, there is a parallel concern that prompted the workers walking off the job.

Nationwide rallies were fueled by a combination of cuts to subcontractor rates, an “Uber-style job booking app” that has “caused chaos” for workers and consumers, and the botched NBN rollout that has many customers not being served, the union says.

One of the key concerns the union wants investigated is the broadband network’s ‘turf-like’ style contracting model that the NBN Co. employs.

“Everyone in the chain takes their cut, leaving workers’ pay squeezed and the taxpayer to foot the bill,” said CEPU President Shane Murphy.

Murphy said the NBN’s present employment arrangement was broken and amounted to a “government-endorsed pyramid scheme.”

Last week, NBN Co. technicians in Sydney walked off the job to protest against the same issues.

CEPU said last week that they have had lengthy discussions with turfing vendor Lendlease, “knocking the ‘primes’ out of the food chain.”

They said they have also had talks with BSA and Visionstream.

CEPU also raised their concern about executives at NBN Co. being paid (U.S.) $60 million in bonuses in 2020 as the country was experiencing a recession due to the COVID-19 pandemic