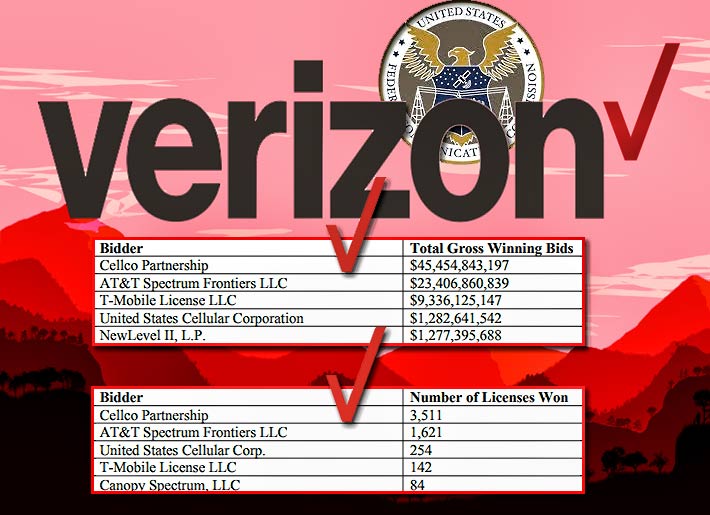 The Federal Communications Commission has announced the winning bidders and the final bid totals in Auction 107—commonly referred to as the C-band auction with Verizon (Cellco Partnership) pledging over $45 billion for 3,511 licenses.

“It is essential to America’s economic recovery that we deliver on the promise of nextgeneration wireless services for everyone, everywhere,” said FCC Acting Chairwoman Jessica Rosenworcel.

“This auction reflects a shift in our nation’s approach to 5G toward mid-band spectrum that can support fast, reliable, and ubiquitous service that is competitive with our global peers. Now we have to work fast to put this spectrum to use in service of the American people. Special thanks go to our great FCC auctions team, and their colleagues in the Wireless Telecommunications and International Bureaus, among others, for this success.”

It was anticipated that Verizon would be the lead bidder in the auction because it needs mid-band spectrum more so than the other carriers, but most analysts were expecting Verizon to pony up around $35 billion.