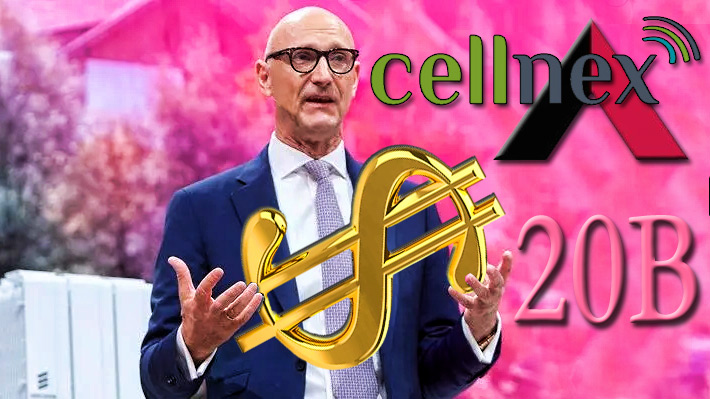 Deutsche Telekom CEO Timotheus Hoettges is interested in selling their tower assets. The sale could fetch up to $20 billion. American Tower and Cellnex are reportedly close to making an offer, according to Reuters.

American Tower is reportedly a key contender for a 41,000 Deutsche Telekom towers acquisition. Deutsche Telekom reportedly started the sales process for its mobile towers business as part of broader efforts to maximize the value of its infrastructure assets.

Reuters reported the Germany-headquartered operator is working with Goldman Sachs as adviser in the sale of its 40,600 towers, which the news outlet’s sources suggest could fetch up to $20 billion.

The process is likely to be very competitive, as Germany, which comprises 33,000 sites within the portfolio, is quite possibly the most attractive tower market in Europe, according to a Wells Fargo report this morning.

The country is further ahead on 5G deployments versus many of its European neighbors and has a 4th carrier (1&1 Drillisch) building a greenfield 5G network.

It is unknown how American Tower would fund the acquisition.

ATC’s EVP and CFO Rodney Smith wasn’t questioned specifically about the acquisition during a Deutsche Bank telecom conference today, but moderator Matthew Nikam did ask if the recent CoreSite acquisition for $10 billion could inhibit ATC’s “ability to maybe look at some of the portfolios that we read and hear about in terms of coming on — coming to market, particularly in Europe and overseas?”

“I would say no, it doesn’t preclude us from anything. We can certainly look at transactions around the globe, and we will. And ones that we find that we really like, that we find the right terms and conditions and we feel good about, we can also execute there,” said Smith.

ATC acquired their first portfolio of towers in 2012 when they purchased 2,000 sites from KPN’s Germany subsidiary E-Plus.

Last year, ATC acquired Telxius Telecom’s Spain and Germany towers as well as its Latin American footprint in Brazil, Peru, Chile and Argentina for $9.4 billion. The estimated number of sites was 31,000.

It’s been estimated that of the total structures, 75% of the towers likely were from Europe and 25% from Latin America.