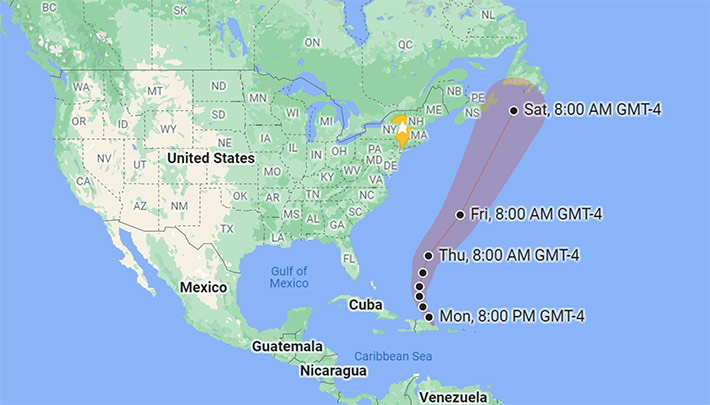 Only 7% of Puerto Rico’s cell sites are out of service. The number could increase if sites on an emergency generator cannot be refueled due to flooding across the island. According to the National Oceanic and Atmospheric Administration this morning, Hurricane Fiona will not be a threat to the U.S.

Hurricane Fiona roared over the Dominican Republic this morning after knocking out power across all of Puerto Rico, causing damage that Governor Pedro Pierluisi said was “catastrophic.” In addition, many thousands of people were left without water service.

No deaths had been reported. However, authorities said it was too early to know the full scope of damage from an expansive storm that is still unleashing torrential rain across the island this morning.

Although this afternoon’s FCC status report will provide a better snapshot of cell phone coverage, yesterday’s report tallied at 11:00 a.m. identified that 165 cell sites were out, representing 7.0% of Puerto Rico’s 2,342 sites.

This is the first time that hurricane outages also include the number of cell sites up but are on power backup.  Some of the 215 reported might fail if fuel can not be resupplied in the many areas that have seen severe flooding.

Fiona washed away a bridge in the central mountain town of Utuado that police said was installed by the National Guard after Hurricane Maria hit in 2017 as a Category 4 storm.

Fiona clipped the island as a Category 1 hurricane.