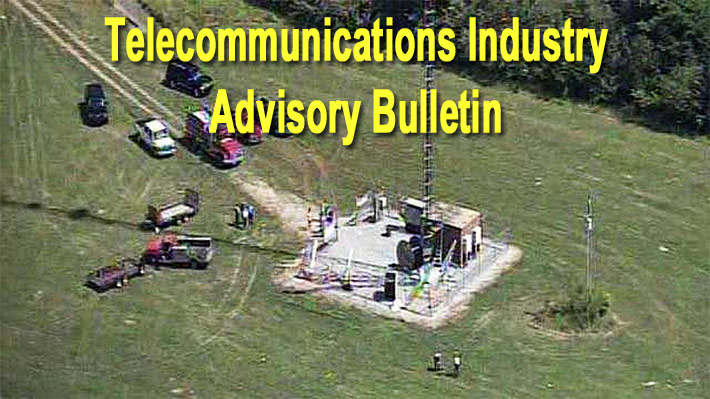 In 2013, in Mississippi, two tower techs died when a jump line block that was rigged by using a carabiner that was subjected to considerable flexural loads failed.

Industry stakeholders have issued a warning that no matter how strong a carabiner is, companies using them for material handling and overhead lifting could see a loss of work when their jobs are shut down.

NATE: The Communications Infrastructure Contractors Association said today that on July 13, 2022, the organization became aware of an article titled “Rigging is a Dynamic Artform” posted on a training company’s LinkedIn page.

The article identified that in 2016, the ANSI 10.48 standard was released for best practice when lifting telecom equipment.

“The 10. 48 standard is a positive for ensuring rigging plans are created for each lift, understanding sling, block, and tag line angles. However, the standard does mention carabiners are okay to use if specifically classified by the manufacturer for lifted loads, interpreting that verbiage; carabiners need to have ABS, MBS, WLL, or FS for use,” the article said.

Since the article’s circulation, NATE said, in a statement, that it has fielded dozens of phone calls, emails and text messages from contractor company employers and employees voicing their concerns and confusion surrounding the use of carabiners.

NATE said its top subject matter experts and consensus standard representatives, including tower owners, out of concern for the safety of all individuals in the telecommunications industry, have drafted the following response:

“Carabiners are NOT intended for rigging applications involving material handling and overhead lifting. After consultation with many of the industry’s major tower owner/vertical real estate companies, carabiners will NOT be allowed for material rigging applications on any of their sites. Violation of this policy could lead to immediate job shutdown and possible suspension from future work.”