News reports on Monday described an industry fatality when a tower technician fell off a guyed tower that he was working on in Anderson, SC. However, the reporting was incorrect. 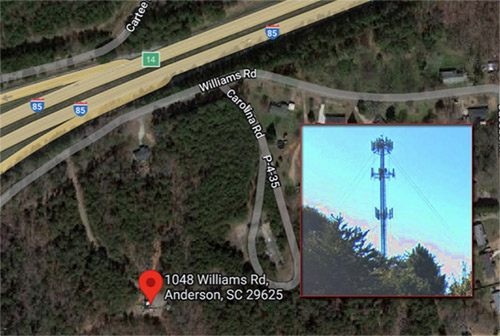 The 300-foot guyed tower where a deceased 42-year-old man was found at the base of the structure is owned by Crown Castle.

TV station WSPA said a man working on a tower in Anderson County had been found dead and cited the Anderson County Sheriff’s Office (ACSO) as stating the man fell while working on the structure at Williams Rd. near Interstate 85 and Highway 187.

They also said the body could have been there for a couple of days.

Other media outlets picked up the story that was a topic on social media.

WYFF said that they were informed by deputies that a person working on lights in the area found the body.

ACSO informed Wireless Estimator that they were not providing any details regarding their death investigation.

In a statement to Wireless Estimator, a spokesperson for the Anderson County Coroner’s Office said that the deceased was a 42-year-old man and was not a tower worker or employed with any agency working on the tower. They said the man was an Anderson County resident that climbed the restricted tower.

They said the case has been investigated as a suicide.

The 300-foot guyed tower is owned by Crown Castle.