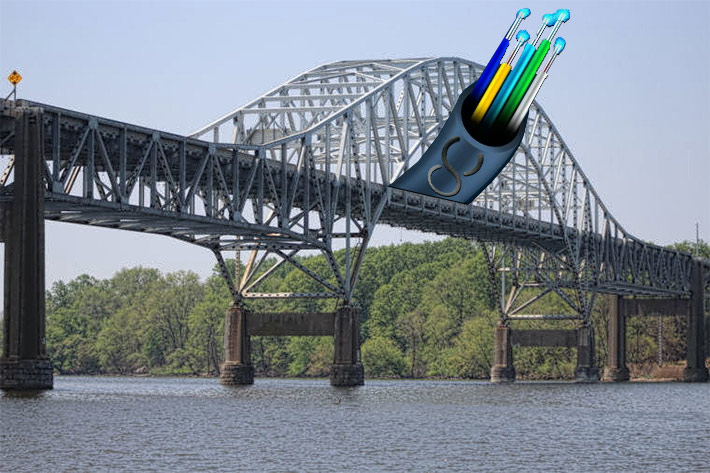 BRIDGE OVER TROUBLED CROWN CONDUIT WATERS – Crown Castle Fiber is suing Black Electric, claiming that the company cut into their fiber on the Hatem Memorial bridge, which cost Crown Castle almost $403,000 to repair.

In its complaint, Crown Castle said on October 1, 2019, Black Electric was performing work on another entity’s fiber and/or conduits attached to the bridge and cut  Crown Castle’s conduit.

The lawsuit said that Black Electric acknowledged that it damaged Crown Castle’s fiber inside a conduit but did not state whether the contractor was willing to pay for the damages.

Almost three years after the fiber cut, Crown Castle is suing Black Electric in the Maryland U.S. District Court in a controversy that exceeds $75,000.

However, Crown Castle expects to be compensated considerably more than the lawsuit’s threshold amount since it claims that the incurred damages were $402,792 for labor and equipment required to repair the damage to the fiber.

Crown Castle, amongst other allegations, said that Black Electric failed to take adequate measures and due care to ensure that Crown Castle’s fiber would not be damaged and failed to train its employees, agents, and/or representatives involved with the work regarding “accepted and applicable engineering and construction practices, statutes, regulations, and industry standards.”