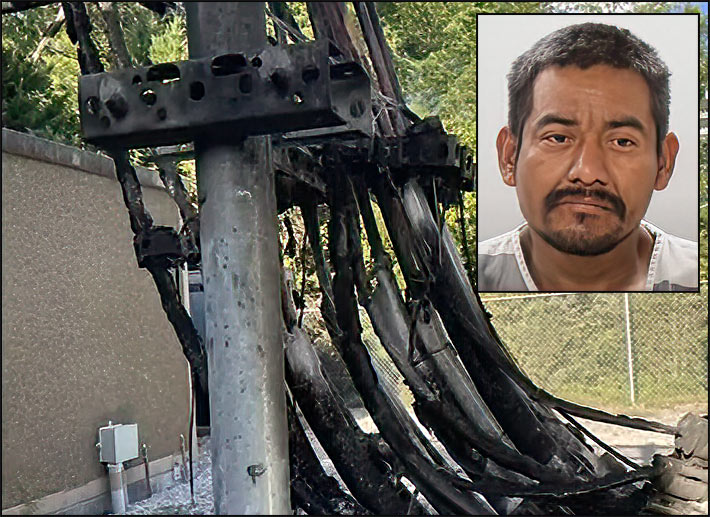 Gildardo Herrera Gonzales, 36, an undocumented immigrant, was arrested for setting a cell tower on fire. Authorities believe he may have been responsible for setting another eight cell site towers on fire since June of 2022.

The Knoxville Fire Department said investigators arrested and charged a Knoxville, KY, man after there were numerous fires at cell phone tower sites.

According to multiple news searches, none of them were reported in local news media since they started occurring in June of 2022.

Gildardo Herrera Gonzalez, 36, was charged with one count of arson and one count of setting fire to personal property. He is being held in the Knox County Detention Facility. No bond has been established.

According to a KFD spokesperson, during the investigation, arson investigators determined that Gonzalez was responsible for the fires.

Gonzales is an undocumented immigrant. The Knox County Sherriff’s Office is holding Gonzales for the U.S. Immigration and Customs Enforcement.