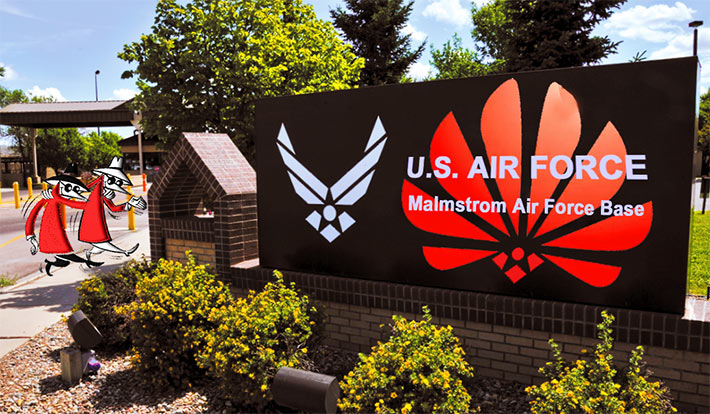 In early 2019, FCC Commissioner Brendan Carr registered his concerns about cell towers with Huawei equipment popping up near Montana’s many missile silos.

Federal officials investigating Chinese land purchases in the U.S. in recent years discovered that Huawei equipment on cell towers in the Midwest “was capable of capturing and disrupting highly restricted Defense Department communications, including those used by U.S. Strategic Command, which oversees the country’s nuclear weapons,” a CNN exclusive report said today. 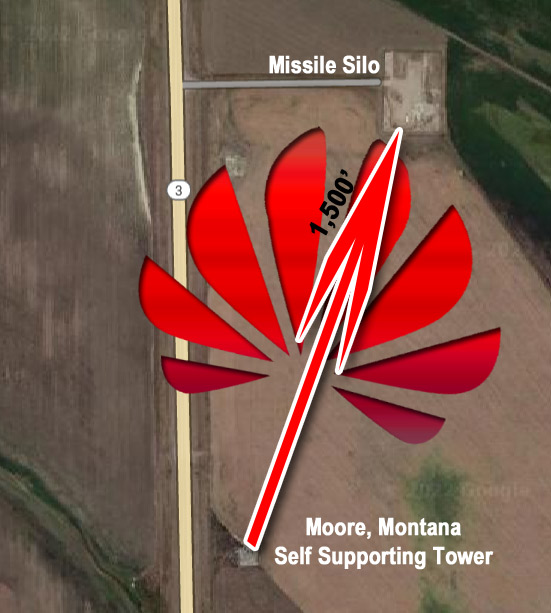 This cell tower in rural Montana with Huawei equipment on it is just 1,500′ from a missile silo. It couldn’t be located by Wireless Estimator in the FCC’s database.

The FBI’s investigation revealed that Huawei had a pattern of installing equipment on cell towers near military bases in rural America – even if it wasn’t profitable to do so.

Although Huawei informed CNN its equipment was not capable of operating on any spectrum allocated to the Defense Department, multiple sources told the cable network, “there’s no question the Huawei equipment has the ability to intercept not only commercial cell traffic but also the highly restricted airwaves used by the military and disrupt critical US Strategic Command communications” – providing the Chinese a window on America’s nuclear arsenal.

CNN said the FBI probe that had been going on since the Obama administration was so secret that some senior policymakers in the White House and government were not briefed until 2019.

“This gets into some of the most sensitive things we do,” said one former FBI official with knowledge of the investigation.

Huawei has religiously maintained it is being framed by U.S. intelligence agencies and is innocent of the accusations against it.

FCC Commissioner Brendan Carr sounded the alarm in 2019 that he was concerned about Huawei equipment being a threat to the nation’s security, such as the Chinese company’s ability to capture sensitive information regarding 150 intercontinental ballistic missiles under the direction of the 341st Missile Wing at Malmstrom Air Force Base in Montana.

“Set against that destructive power is a completely serene and wide-open landscape—it’s just wheat fields and Big Sky Country. Except, as it turns out, there are cell towers all around the Montana missile fields running on Huawei equipment,” Carr said.