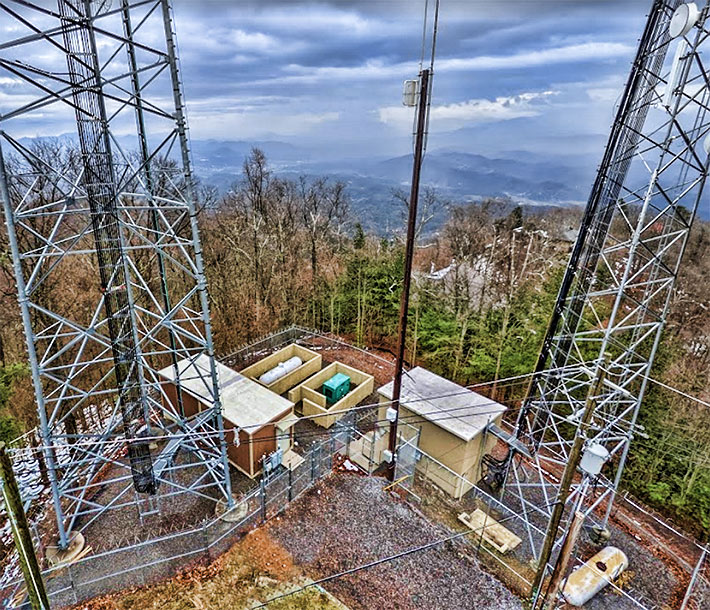 A 21-year-old Tennessee man’s parents have sued Sevier County claiming that the communications tower (reportedly the one on the right) wasn’t secured enough, making it easy for him to climb the structure and fall to his death. However, this January 2022 photo shows that the compound is secured by a fence. In addition, Google Earth shows the fence outline in 2020, prior to the man’s death in 2021.

After a 21-year-old Sevier County, TN man fell to his death last May after climbing a tower atop Bluff Mountain, his parents have filed a lawsuit against the county, saying it didn’t do enough to keep people away from climbing the self-supporting tower.

The complaint filed by his parents, Allen Morton Jr. and Sandra Morton, says the tower was unguarded, negligently designed and constructed and was negligently maintained. 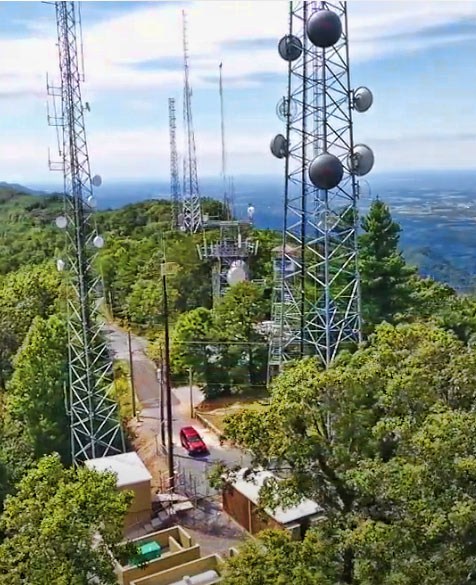 Both towers in the foreground are on the Tennessee Division of Forestry’s property, according to Sevier County tax records. The structure, at left, is where the man allegedly climbed and fell to his death. The property in the background is owned by American Tower Corp. YouTube video screenshot – Christopher Covert

While the complaint lists the address as 3102 Green Top Road — the site of the Bluff Mountain Fire Tower and a 300-foot Tennessee Division of Forestry self-supporting tower, the complaint is in reference to a smaller tower next to it that the county uses.

The property for both towers is owned by the State of Tennessee.

The adjoining property is owned by American Tower Corporation, where it has a secure compound and a self-supporting tower.

The complaint claims the county “failed to adequately secure the tower” and “failed to warn the public of the dangers of the tower.”

It also noted there was no barrier to keep the public away.

However, the top photograph of both structures taken this January identifies that both compounds are secured by fencing.

The only difference from videos and photographs taken years prior to the 2021fatality is that the top rows of barbed wire appears to have been supplemented with coiled razor wire.

According to Morton’s obituary, he was employed as a zipline guide, a position that calls for ensuring proper rigging safety and inspecting equipment.

His parent have requested a jury trial.

There is a fire watch tower at that location that is not protected by fencing but the attorneys for the Mortons, according to The Mountain Press, said the complaint centers on the tower owned by the county.