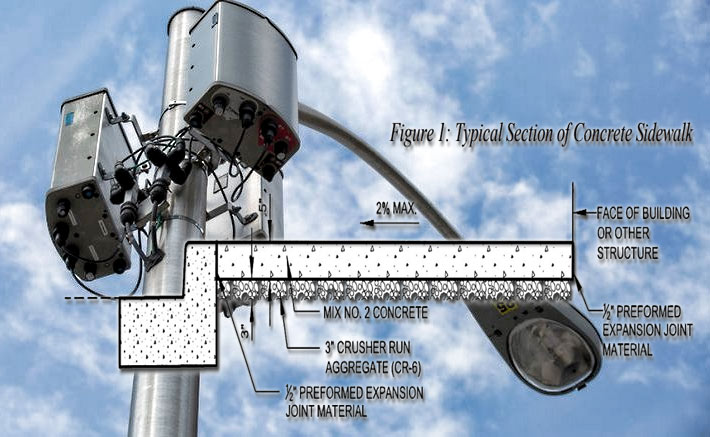 Whereas concrete restoration for sidewalks and rights of way paving requires a minimum of 5 inches, as shown in this detail, DoT inspectors found many sites that were only 1 inch. Crown Castle was required to pay a $477,000 fine and remediate 450 sites in Baltimore after an anonymous complainant initiated an investigation of subpar construction. 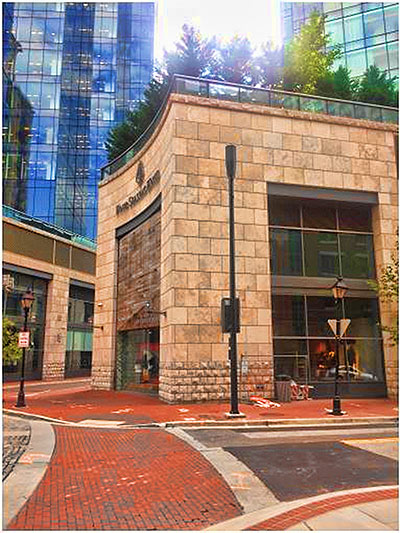 It’s likely that the anonymous complainant was either a former Sub #1 employee or a competitor that was concerned about the shortcuts being taken to increase profits.

Although the OIG’s investigation report didn’t identify the franchisee, Crown Castle acknowledged on Friday that they were the franchisee and provided Wireless Estimator with the following statement.

“Crown Castle works closely with municipalities, utilities and contractors to follow established protocols and procedures when installing communications infrastructure. Crown Castle completed restoration work in 2021 to address concerns raised by The City of Baltimore. This work was completed to the City’s satisfaction. We continue to value our longstanding relationship with the City of Baltimore.”

None of the code violations involved structural concerns but were primarily site restoration issues.

The anonymous source said that Sub #1 engaged in actions to make it appear as if the restoration of concrete and asphalt at sites were done in compliance with City code requirements.

The complainant said that when Sub #1 completed a repair at small cell tower sites, it instructed employees “to lay a thin layer of bagged, wet concrete on top of previously installed concrete to create the perception that it was adequately poured concrete as per City codes.”

They said, in addition, when restoring asphalt areas, Sub #1 directed its employees to throw buckets of water on other asphalt areas “to create the perception that new asphalt has been laid during the restoration process.”

The anonymous complainant stated that the DoT prohibits bagged concrete, and DoT inspectors must be on-site to ensure only concrete from a mixing truck is used during restorations.

Paying off inspectors charge seen as not credible

They also said that Sub #1 was allegedly paying off inspectors to prevent them from inspecting the sites where restoration work is performed to circumvent the requirements outlined in the City codes.

However, the OIG investigation found no corroboration of the allegation Crown Castle or Sub #1 was issuing bribes to DoT inspectors to overlook subpar restorations. A DoT representative explained to the OIG that those duties were randomly assigned when a restoration project received a physical inspection from a DoT inspector. “Thus, no specific DoT inspector solely inspected the Franchisee’s small cell tower concrete/asphalt restoration sites,” the report noted.

The DoT informed the OIG that before the COVID-19 pandemic, a DoT inspector would be on-site while the restoration work was completed. However, due to a reduction in DOT inspection staff and during the COVID-19 pandemic, the DoT entered into agreements with Crown Castle and other vendors that permitted vendors to submit photographic evidence of the procedures taken during restoration work in-lieu of a DoT inspector being physically present.

The DoT said that vendors would submit photos showing a cement truck on-site, portions of the concrete or asphalt area removed, and pictures of the completed concrete/asphalt project. Further, the DoT stated that unless a concern about the results of a concrete/asphalt restoration project was brought to the attention of the DoT, there was no expectation or requirement for a DOT inspector to complete a follow-up inspection at a restoration site.

The DoT requires concrete to be a minimum of 5 inches thick. Many sites were only 1-inch, according to the OIG investigation.

Baltimore will receive approximately $1 million in revenue during 2022 from Crown Castle. Their agreement expires in 2024.