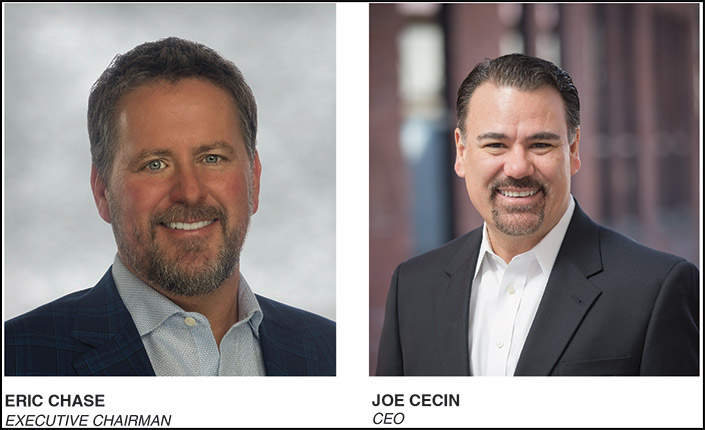 An industry veteran with over 25 years of experience in the telecommunications industry, Cecin is responsible for overseeing the operations of all companies under the Ontivity umbrella, including Enertech Resources, ET Tower, Legacy Telecommunications, CMS Wireless, and Mountain Wireless.

Eric Chase, Ontivity’s former CEO, will assume the role of Executive Chairman, where he will continue to actively support the business while focusing on growth through acquisitions and maintaining excellent relationships with strategic customers.

Cecin brings extensive telecom industry operating experience to Ontivity. Most recently, he served as CEO of Hylan Group, a nationwide provider of construction services for wireless and wireline carriers across the United States. In previous roles, he has served as EVP of Operations at Unitek Global Services, President of Pinnacle Wireless, and COO of RCN Corporation.

He has extensive experience in mergers and acquisitions, having served as Group Head of the Telecom Investment Banking Practice at BB&T Capital Markets (now Truist Securities). He has also served on the board of directors of four public companies in the telecom industry.

As Ontivity’s CEO, Cecin will focus on the growth and operating performance of the business, while expanding its nationwide portfolio of services for communications infrastructure, tower construction, network upgrade and maintenance, utility, DAS and small cell construction and installation.

“We are thrilled to have Joe join our executive team,” says Eric Chase, Chairman of Ontivity. “We believe that operational leadership at all levels should possess strong industry knowledge. Joe has vast industry operating experience, which makes him an incredibly strong asset to the already strong Ontivity team. Joe brings with him a passion that matches the excitement of the recently launched Ontivity brand. Without question, Joe shares in our core values and Ontivity’s dedication to employee safety, quality of the services we provide, and our relentless commitment to customer satisfaction. I simply could not be happier to have Joe on board.”

Cecin said, “With Ontivity’s track record of growth, experienced team, and broad geographic reach, I am thrilled to be joining the team as CEO. It will be my goal to lead our team’s continued success as a nationally recognized brand known for its full array of infrastructure solutions.”

Cecin began his career in telecom as a network engineer at Bell Atlantic Corporation (now Verizon) and earned a B.S. degree in Electrical Engineering from the United States Military Academy at West Point and an MBA from Stanford University.