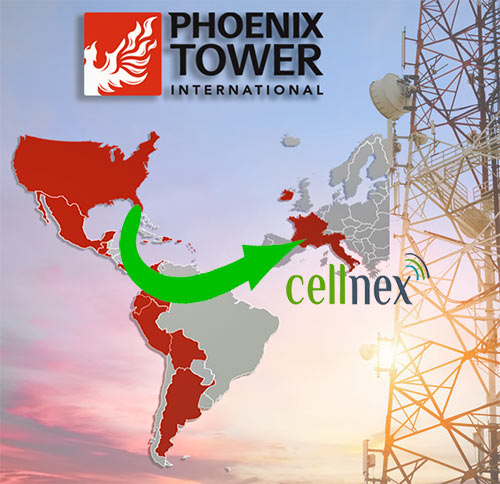 The transaction amount was not disclosed.

With these latest transactions along with its previously announced build program with Bouygues Telecom, PTI will own and operate over 5,000 sites in France in the coming years making it one of the largest independent wireless infrastructure providers in the country.

“With these transactions and our recent closing of more towers in the French West Indies, PTI expands its presence in France, one of the most dynamic telecom markets in Europe. PTI’s growth will continue facilitating coverage deployments for all French wireless operators across the country. We are pleased to have collaborated with the professionals at Cellnex on this transaction,” stated Dagan Kasavana, CEO of PTI.

“These various transactions continue to strengthen PTI’s commitment to France and the European Market.  We are excited to enhance our relationship with Bouygues Telecom and expand the independent tower model in France which will be a catalyst for improved coverage for all carriers,” said Tim Culver, Executive Chairman of PTI.

Freshfields Bruckhaus Deringer and Natixis acted as advisors to PTI.