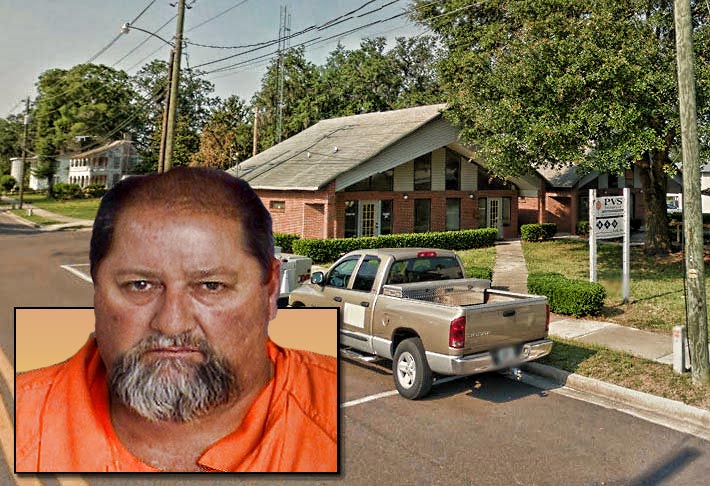 William Wilson was sentenced to 15 years in prison for his orchestration of a bribery and kickback conspiracy. While the Florida contractor was being investigated, he said that if his co-conspirator said anything to authorities, he would slit his and his family’s throats. He ran the illegal enterprise out of his office in Lake Butler.

A former Florida cell site contractor was sentenced on Friday to 15 years in prison for orchestrating a bribery and kickback conspiracy and committing fraud in connection with a contract for the U.S. Department of Defense’s Office of Inspector General (DoD OIG).

According to court records and evidence presented at trial, beginning in 2010 and continuing through 2015, William S. Wilson, 56, of Florida, paid numerous kickbacks and bribes to a public official and two government contractors in return for those individuals corruptly steering business to Wilson’s Florida-based companies.

Among other things, Wilson paid tens of thousands of dollars in bribes to Mathew Kekoa LumHo, 46, of Fairfax Station, then employed at the DoD OIG. In return, LumHo took official actions that benefitted Wilson’s companies. LumHo steered work to Wilson’s company by placing fraudulent service orders through a government contract that LumHo controlled.

Wilson was arrested in October 2017 and remained in jail after prosecutors said he repeatedly threatened to murder his co-conspirators and their family members and to violently attack other potential government witnesses, and had made further threats of violence against law enforcement officers investigating this case on at least three separate occasions, and resisted his arrest while making threatening references to his nearby stockpile of ammunition and explosives, investigators said.

More specifically, according to investigators, Wilson said that he would slit his co-conspirator’s family members’ (i.e., his wife and minor children’s) throats, then slit his co-conspirator’s throat after making him watch the murders of his family members. Wilson went on to state that he would take all of their bodies out to a lake and anchor them all down, apparently to prevent their bodies from being found.

The evidence presented at trial further proved that Wilson also paid numerous kickbacks to Ronald Capallia and Co-conspirator 1, then employees for a telecommunications company that was a prime contractor to the government. Wilson paid these kickbacks to Capallia and Co-conspirator 1 to cause them to steer work and provide favorable treatment to Wilson’s companies as subcontractors to the telecommunications company.

One of the key subcontracts steered to Wilson’s company related to a prime contract between the telecommunications firm and the DoD OIG, in which the telecommunications firm was supposed to supply various information technology-related services to the government. Wilson’s company was awarded this subcontract despite its lack of any relevant experience or expertise, and despite having no employees based in or near northern Virginia, where all the work was to be performed.

Wilson frequently disguised the bribes and kickbacks to Capallia, LumHo, and Co-conspirator 1 through fake invoices for services that were never provided, or by masking the payments as payroll to relatives of Capallia and LumHo for jobs that did not in fact exist.

The evidence presented at trial further demonstrated that the co-conspirators repeatedly sought to interfere with the criminal investigation by creating false documentation, making false statements to law enforcement officials, lying on a financial disclosure form, committing perjury during sworn civil deposition testimony, and tampering or attempting to tamper with a witness.

Capallia pleaded guilty on January 25, 2018, to his role in the conspiracy and was sentenced to one year and one day of imprisonment on September 14, 2021. Co-defendant Matthew Kekoa LumHo was convicted at trial and sentenced to 90 months in prison on January 14, 2021.

Jessica D. Aber, U.S. Attorney for the Eastern District of Virginia; Wayne A. Jacobs, Special Agent in Charge of the FBI Washington Field Office Criminal Division; and Kelly P. Mayo, Deputy Inspector General for Investigations at the Department of Defense’s Office of Inspector General, made the announcement after sentencing by Senior U.S. District Judge Liam O’Grady.