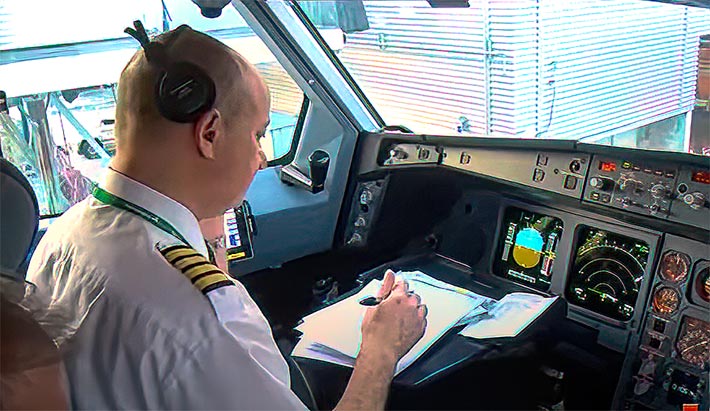 THE FAA’S PRE-FLIGHT WORD SEARCH PUZZLE – Every pilot is required to check all NOTAMs along their flight route to ensure passenger safety, such as this morning when a pilot landing his aircraft at Hartsfield–Jackson Atlanta International Airport would want to know that there were two American Tower and two Crown Castle towers that were not lamped just beyond the airport. Often there are up to 20 pages or more of NOTAMs to review, taking 20-plus minutes to read before a flight, and severe notifications can be overlooked amongst the clutter, according to more than 1,700 pilots who completed an industry survey.

Tower owners know how critical it is to immediately file a Notice to Air Missions or NOTAM if their FAA obstruction lighting fails so that pilots become aware of the outage.

So does the FAA.

That’s why the agency canceled all outbound flights on Wednesday when the NOTAM database crashed, crippling air travel across the country after over 9,000 flights within, into, or out of the United States were delayed, according to tracking service FlightAware.

At 6:30 p.m. yesterday, the FAA provided the following statement: “The FAA is continuing a thorough review to determine the root cause of the Notice to Air Missions (NOTAM) system outage. Our preliminary work has traced the outage to a damaged database file. At this time, there is no evidence of a cyber attack. The FAA is working diligently to further pinpoint the causes of this issue and take all needed steps to prevent this kind of disruption from happening again.”

The system that is also used to alert them to other crucial safety updates has been fixed after using a backup database, and flights are operating this morning, but travelers are seeing ripple effects from yesterday’s groundings.

Aviation experts registered their concerns that the FAA’s computer systems need to be upgraded, and politicians have called for an investigation by Congress.

A more significant problem exists with too many nonsense NOTAMs

Although the FAA last month addressed the disturbing anacronym-gendered Notice to Airmen, changing it to Notice to Air Missions, they’re not focused upon what many pilots believe is a severe issue with the number of NOTAMs that are filed that aren’t relative to flight safety and can cause pilots to miss the necessary notifications. Such as two American Tower Corp. and two Crown Castle towers that have NOTAMs for obstruction light failures surrounding Hartsfield–Jackson Atlanta International Airport this morning.

As if pilots are allowed to land recklessly, one example of an unnecessary NOTAM is: “MEN AND EQUIPMENT NEAR THE RUNWAY: LANDING WITH CAUTION.”

Then there’s the notification of a 58-foot tree over 1,400 feet from an airport that didn’t grow to that height overnight, and other noise in a NOTAM briefing, like general bird hazard warnings, grass-cutting at airports, or low-altitude construction obstacles such as flagged cranes relevant only to helicopters and light planes.

In a 2020 survey by OPSGROUP, 72 percent of the commercial pilots that responded said that almost three-quarters of them had an issue understanding a NOTAM and a similar amount said that due to the extensive amount of NOTAMs that they had to pour through, they regularly missed critical information.

A staggering 67% of respondents said that the existing NOTAM system is a ‘safety risk.’

“NOTAMs are just a bunch of garbage that nobody pays any attention to,” U.S. National Transportation Safety Board (NTSB) Chairman Robert Sumwalt said at a 2018 hearing on an Air Canada near-miss incident.

“The NOTAM System is really messed up; I can tell you that right now. They’re written in a language that only a computer programmer would understand.”

“If you were to read them, you have to have spent at least 20 minutes going through the NOTAMS,” said Sumwalt, a former airline pilot.

Current NTSB Chair Jennifer Homend, who is not a pilot, hasn’t targeted the need to reduce the FAA’s excessive amount of NOTAMS.

When the FAA’s server crashed yesterday, she was giving a speech to the Transportation Research Board about the safety risks that heavy electric vehicles pose if they crash into lighter gasoline-powered cars.

Secretary of Transportation Pete Buttigieg, whose department fined six airlines a total of $7.25 million in November for not delivering timely refunds when their flights were canceled or significantly disrupted, said the problem was a ‘glitch.’