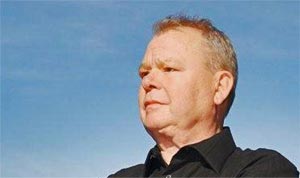 Seybold said that if FirstNet releases a request for proposal in December that follows their current template, “it is running a high risk of not being able to meet the mandate established by Congress. A partnership is not an acquisition of widgets. It is made up of two or more entities that believe, by partnering, they can accomplish together what neither could accomplish on its own.”

In an extensive commentary in Urgent Communications , Seybold said if it was up to him he would scrap the entire RFP as it exists today and rewrite is so it is partner-friendly, not an RFP for an acquisition. “I would provide roadmaps for phased build-outs, and require only data and video services until 80% of the network was built and operational.”

“There is still time before the December 2015 release date to change the wording to encourage companies to respond as a partner to FirstNet rather than a government supplier,” Seybold said.

Ironically, in an article published yesterday by Wireless Estimator regarding the military’s first transcontinental radio telephone demonstration in 1915, U.S. Secretary of Navy Josephus Daniels said that they were proud that AT&T and the Western Electric Co., in conjunction with the Navy, were able to work together in “the development of this last march in the wonder science of radio communications.”

It’s doubtful that those companies just responded to an RFP for wireless and wireline widgets.