The National Wireless Safety Alliance (NWSA) announced today that Duane MacEntee has been selected as the organization’s new Executive Director. MacEntee replaces Chuck Slagle who has retired from his position as NWSA Executive Director and is transitioning to a consultancy role within the alliance.

“NWSA is thrilled to welcome Duane MacEntee as our new Executive Director,” stated President Don Doty. “Chuck Slagle’s tireless contributions and leadership abilities have been instrumental in spearheading the successful development and launch of NWSA’s first two certification programs. We are fortunate to have a leader of Duane’s caliber on board to take the baton from Chuck and continue the positive momentum NWSA has established in the communication towers marketplace,” added Doty.

MacEntee is a partner at the law firm of Barker MacEntee PLLC and has served on the NWSA Board of Governors since its inception. MacEntee is an industry veteran who has held executive roles with large telecommunication tower companies, tower engineering and manufacturing firms, project management and field services contractors.

Earlier in his career, MacEntee developed and directed safety, environmental and workers’ compensation programs at the North Carolina Department of Transportation and was previously a Commissioner on both the North Carolina Radiation Protection and North Carolina State Emergency Response Commissions. Prior to that, MacEntee was an engineer at the Kennedy Space Center in Florida. MacEntee earned a B.S. in Engineering Technology from the University of Central Florida, an M.B.A. from the Florida Institute of Technology, and a J.D. from North Carolina Central University.

“It is a privilege to be part of such a worthwhile initiative and I am honored to help NWSA continue raising the bar to improve safety within the wireless industry,” said MacEntee. “I look forward to working with the many dedicated stakeholders and subject matter experts who support NWSA certification and who volunteer their time and talents to establish the necessary assessment tools to properly evaluate the knowledge and abilities of workers across the industry.” 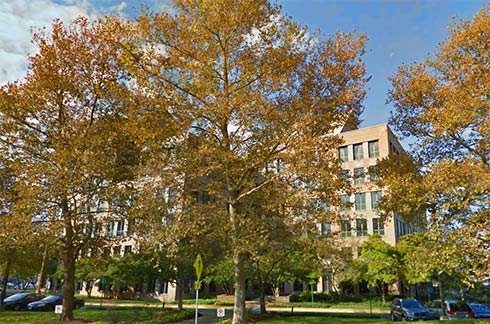 The NWSA has established its headquarters in Fairfax, Va.

As Executive Administrator, Shelly Trego is responsible for various administrative activities relating to the day-to-day operations of NWSA. Shelly works closely with the NWSA Executive Director, Board of Directors, Board of Governors and NWSA Standing Committees to assist in the overall success of developing and maintaining the organization’s certification programs. Trego’s background includes nearly 15 years in the telecommunications industry, serving as part of the administrative team at the National Association of Tower Erectors (NATE).

As Practical Examiner Accreditation Program Instructor, Cook will be tasked with training and accrediting Practical Examiners to administer the TTT-1 and TTT-2 practical exams. Clint is the Safety Director at Centerline Solutions, and played an active role in the NWSA task force developing the written and practical exams. Cook has worked in the wireless industry since 2010 focusing on line and antenna work, structural modifications, and tower decommissioning.

In conjunction with the staff additions, the NWSA’s leadership also announced that its official corporate headquarters will be located in Fairfax, Va.  The Fairfax office location is in close proximity to Washington, D.C. and will enable NWSA to establish a strong legislative and regulatory presence in the nation’s capital.

NWSA is a national non-profit assessment and certification organization that has been established to provide thorough, independent assessments of knowledge and skills and provide verifiable worker certification in order to enhance safety, reduce workplace risk, improve quality, encourage training, and recognize the skilled professionals who work on towers and other non-standard structures.