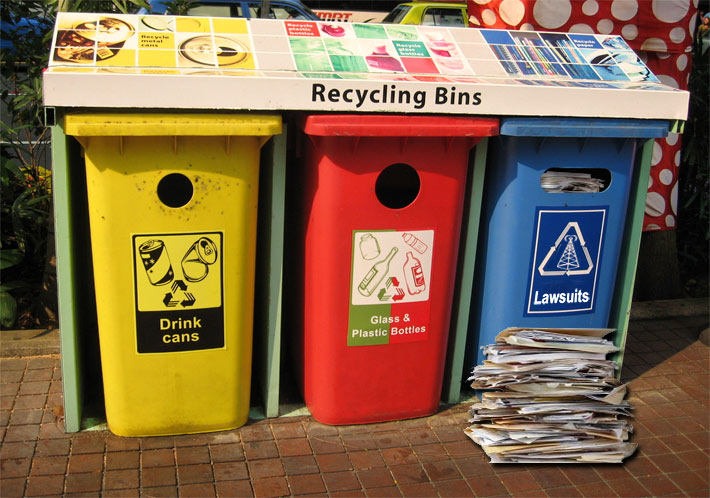 A press conference was held Thursday morning in front of the Nassau County, N.Y. Supreme Court building announcing that a lawsuit has been filed by several Long Island homeowners challenging what they believe is Crown Castle’s installation of hundreds of unregulated and untested wireless facilities.

Broadcast, print and digital media were there and sucked up the staged presentation with CBS2’s afternoon newscast showing plaintiffs Jodi and Peter Abraham exiting the court building “anxiously clutching their just filed lawsuit”.

One industry bulletin capsuled the station’s report stating that the Abrahams filed a lawsuit at Nassau County Supreme Court on Oct. 19, challenging “hundreds of small cell installations that are currently providing cell service in Huntington and Oyster Bay.”

But it appears that there was no Supreme Court lawsuit filed last week and the attorney-arranged event was held to discuss a lawsuit filed June 15 in the U.S. District Court, Eastern District of New York, 30 miles to the east, that could be thrown out for failing to state a claim.

An enlarged CBS2 video grab of the ‘new’ lawsuit showed a press release and other information stapled together regarding Case No: 17-cv-03616, a complaint solely against Huntington, some officials, and Crown Castle that was filed over four months ago.

The Abrahams and Jo-Ann and Perry Giambruno filed the lawsuit alleging that the town of Huntington wasn’t doing enough to regulate Crown Castle.

Whereas defendants typically answer a complaint briefly addressing each allegation, all defendants asked to throw the lawsuit out.

Crown Castle joined its co-defendants stating that “the plaintiffs’ pleadings fail to allege facts sufficient to sustain essential to the elements of their cause of action against all Defendants.”

They argue that “Plaintiffs’ claims are legally defective and/or fail even to state a claim for which relief can be granted.”

The lawsuit doesn’t allege that the distributed antenna systems emit RF that is deemed unsafe by the FCC, but calls on the town to create sporadic testing.

The plaintiffs are required to submit their opposition papers to the defendants’ dismissal request by Nov. 13; the defendants must provide their reply papers by Dec. 13.

When the Abrahams and Giambrunos sued Crown it was at the time that Crown socked Southeastern N.Y. with multiple rights of way-involved lawsuits.