Services have been set for tomorrow for Brachton Scott “Brach” Barber, 23, who died at the WPLG Channel 10 broadcasting tower site in Miami Gardens, Fla. on Sept. 27 in a workplace accident. 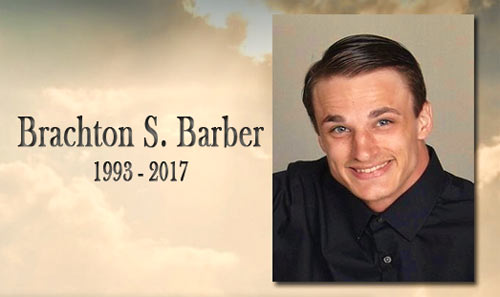 Born Oct. 2, 1993 in Sioux Falls, S.D., he lived in Longwood, Fla. and worked at Tower King II as a tower climber technician who performed maintenance and repairs, installation, and decommissioning of tower components such as antennas and broadcast equipment primarily for radio and television towers.

He is survived by his parents, Shelly, her husband Kevin of Longwood and their two children – Khloe of Longwood and Kolt of Nashville, Tenn.; loving grandparents, aunts, uncles, cousins and a host of life-long friends.

Services will be held at 3:00 p.m., Sat., Oct. 14, 2017 at Hillcrest Church, 4301 East 26th Street, Sioux Falls. Further information regarding burial and reception will be provided at the service. Relatives and friends are welcome to participate in additional gathering at Hillcrest Church at 2:00 p.m., prior to the service

Services for Brach’s co-worker, Peter Goffena, 31, were held earlier this week in Sidney, Ohio. Services have not been set for Benito Rodriquez, 35, who also died in the accident.