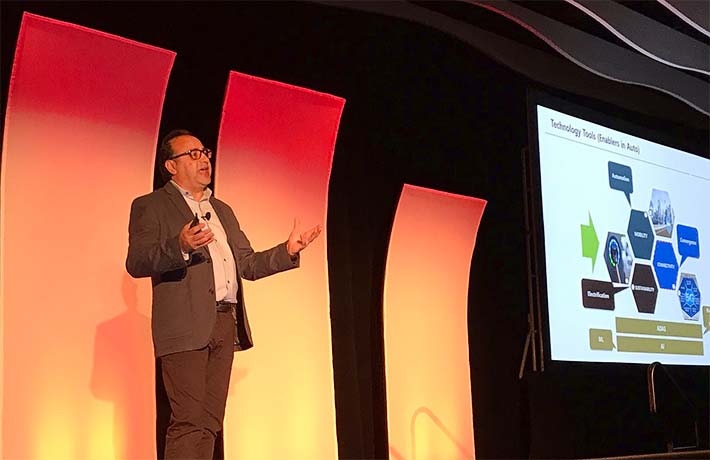 The opening keynote was by Henry Bzeih, Managing Director Connected & Mobility Kia Motors America, who discussed how autonomous vehicles are paving the way alongside obstacles. 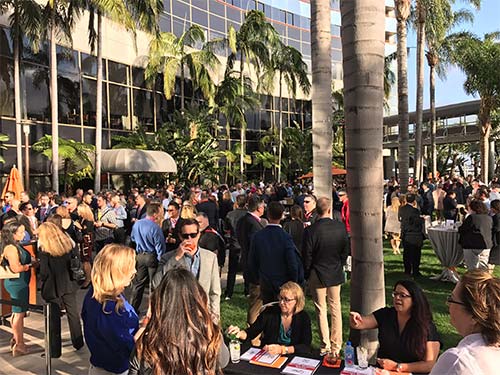 As they did when they founded the first conference, California Wireless Association (CALWA)  President Patti Ringo and CALWA Executive Director as well as event organizer E-Factor’s President, Kari Willis, choreographed the event that saw a marked increase in attendance.

Held in the Marriott Marquis in San Diego, this year’s conference is dedicated to the memory of TruNorthe founder and President John Zitting, 42, and his family, who tragically lost their lives on April 7 in a plane crash.

The Wireless West Committee has pledged a contribution to the memorial scholarship fund being established in the name of John’s son, John Brendan, who was on his way to scout out the University of Oregon where he was interested in attending.

Many attendees yesterday were seen wearing an orange ribbon in remembrance of the family.

The opening keynote was by Henry Bzeih, Managing Director Connected & Mobility Kia Motors America, who discussed how autonomous vehicles are paving the way through obstacles.

Key industry leaders at a well-attended session discussed the densification of America with small cells.

Sports will intertwine with wireless today with two keynote sessions. NFL Hall of Famer Marshall Faulk will discuss how technology is transforming sports and Cynthia Frelund, of the National Football League will explore how statistical data and analytics are driving coverage needs for media platforms.