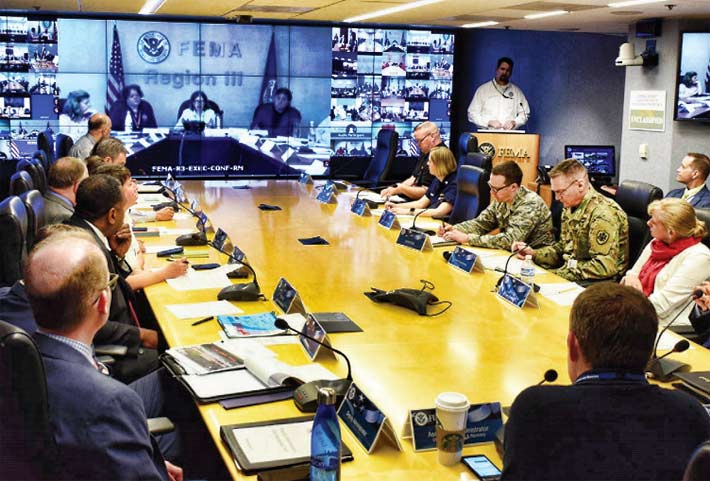 In a mock drill, hundreds of towers were compromised along the East Coast

A fictional “Hurricane Cora” crippled numerous states on the East Coast in a simulated narrative created by FEMA and Argonne National Laboratory in May that is similar to the real-world scenario that is unfolding as Hurricane Florence, now a Category 4 storm, is ready to devastate the Carolinas.

Senior leaders from the White House, along with more than 91 federal departments and agencies, participated in the “national level exercise”, FEMA said.

In the scenario, Cora slammed hurricane-force winds into three nuclear power stations. One was damaged. Thirty-three major power substations were at risk from storm surge and significant flooding.

The make-believe hurricane ‘threatened’ hundreds of cell towers, and the area where power was knocked out included 135 data centers in Virginia and an additional 60 in Maryland, according to the AP story.

However, it appeared that a compromised power supply endangered the cell towers, and not necessarily a structural failure, identified as a possibility in the Carolinas as  Hurricane Florence comes ashore Thursday night.

The Maryland Army National Guard participated in the exercise and served in a scenario that involved a cell tower that sustained damages from the high winds of Hurricane Cora. Civil unrest also took place in the training, in which civilians tampered with the tower.

That situation might have been drawn from actual reports of individuals looting fuel from cell towers in Louisiana following Hurricane Katrina’s rampage 13 years ago.

More than 1 million people are under mandatory evacuation orders, and millions more could be impacted as Hurricane Florence makes its way to the U.S.

FEMA issued a warning, saying areas along the coast could be without power for weeks.