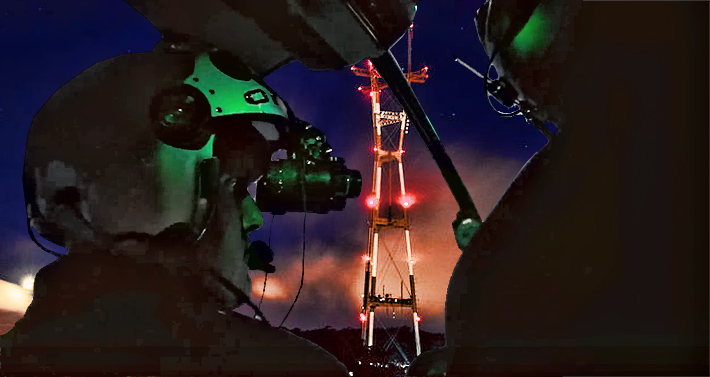 An ambiguous recent change to the FAA’s Obstruction Marking and Lighting bible left some obstruction lighting managers with the impression that the Advisory Circular (AC) now requires towers with a new FAA determination to include infrared (IR) LEDs in the L-810 and L-864 systems to make the red lamping more visible to Night Vision Imaging Systems (NVIS) and Night Vision Goggles (NVGs) that prevent pilots from seeing the lights.

Two lighting manufacturing executives informed Wireless Estimator that, although there is an FAA engineering specification (Engineering Brief No. 98) in place regarding IR emitters, it is currently not a requirement for L-810 and L-864 systems.

A third manufacturer was also under the impression that it was not a regulation and was informed by a top FAA official that he was correct.

International Tower Lighting (ITL) Vice President Andy Rudolph informed Wireless Estimator that after the change came out on Sept. 6 to the obstruction marking and lighting circular, he contacted Kent Wheeler, FAA Manager, Obstruction Evaluation Group to identify whether the change in the AC introduced a requirement for infrared in obstruction lighting systems.

According to Rudolph, Wheeler said that the wording included in the AC was intended to solely draw attention to the existence of Engineering Brief 98 which contains specifications for IR, but it did not make IR a requirement.

Rudolph said that he believes the wording could be construed as requiring IR and he has requested that the FAA should consider issuing a clarification since the original wording lacks clarity.

It is expected that the IR specifications in EB-98 will be a future requirement.

Wheeler, who was at a conference in Oklahoma, was not available for comment.

The FAA came under fire last month after there was industry-wide concern regarding the agency publishing a non-OEM parts directive without consulting manufacturers or alerting them to it following its June 27, 2018 publication.