At an FCC House oversight hearing yesterday, tower climbers took center stage when Congressman Pete Olson threw a ‘curveball’ at FCC Chairman Ajit Pai, when he jokingly suggested that Pai should climb a tower as Commissioner Brendan Carr had done recently in South Dakota, as can be viewed in the above video. 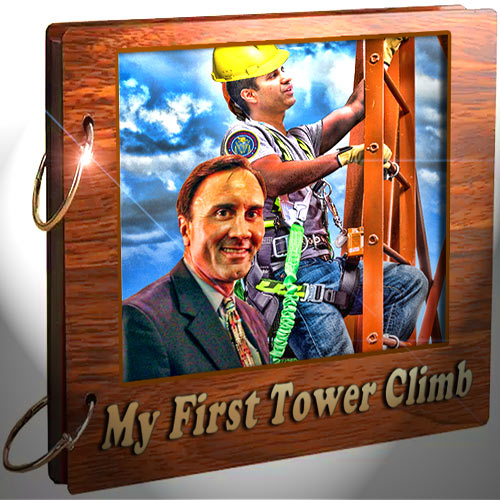 FCC Chairman Ajit Pai took Congressman Pete Olson  (left) up on his suggestion that he should climb a tower since Commissioner Brendan Carr has. Olson then said that he would also join him in putting boots on the steel.

That  forced Pai to take advantage of Olson’s levity during a contentious hearing and accept the challenge, and he said he would climb one in Houston, Olson’s district.

It’s likely that before the meeting was over, NATE’s Washington lobbyist, Jim Goldwater, was already trying to make it a reality since Olson also said he would join Pai in the climb.

In the past year there has been a considerable industry effort to interface with FCC and OSHA executives and other government officials on all levels so that they can understand and appreciate the exacting skill sets required of tower technicians to maintain the country’s communications networks and build out 5G, assist in the repack, and ensure that FirstNet is completed on time.

Carr received an enlightening Cook’s tour of tower site work on May 3, and practiced his climbing techniques on May 31.

Earlier this month, NATE partnered with Teltronic Towers, Inc. to host officials from the U.S. Small Business Administration and OSHA to witness a real-time installation project.

Congressman Olson:
As you probably know from my biography, I spent nine years in the Navy as lieutenant commander, a leader in the Navy. You’re the leader of this FCC, this Commission. You have a member who climbed a cell tower. As leader, don’t you think you should follow his lead and climb up a cell tower as well, somewhere in South Dakota maybe?

Chairman Pai:
That was a curveball I was not prepared for, congressman. Although Commissioner Carr is quite younger and more nimble than I am, nonetheless I will put my own life at risk, to ascend perhaps a 10-foot tower and inspect a small cell somewhere in Houston once the deployment is ready.

Congressman Olson:
I’ll go with you, you bet.

Congresswoman Marsha Blackburn:
And the gentlemen will not only go with you; he’ll climb the tower.