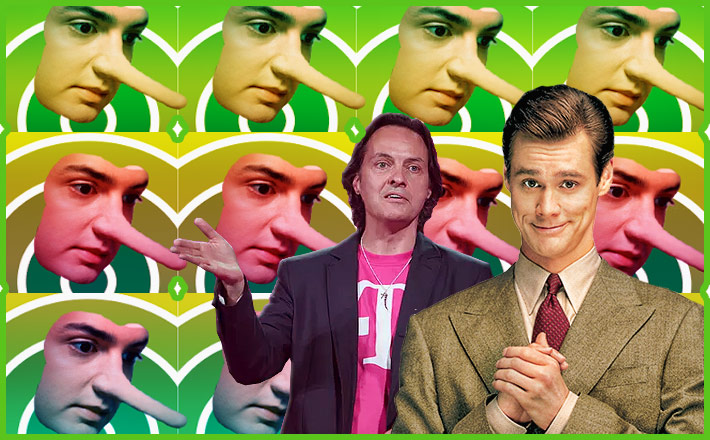 T-Mobile has emphatically denied an allegation by the Rural Wireless Association (RWA) in an FCC filing on Dec. 10, 2018 that it lied about the extent of its 4G LTE coverage.

RWA said they were concerned about overstated coverage by Verizon and T-Mobile that have been borne out by challenge process data. “The vast majority of test points showed non-qualifying 4G LTE coverage – or no 4G LTE coverage at all,” the Washington, DC trade group said in their filing.

RWA represents carriers with fewer than 100,000 subscribers and they are concerned that if T-Mobile and Verizon identify 4G coverage in areas where they do not have 4G equipment installed, that would violate the FCC’s rules and possibly prevent their members from obtaining network construction money in unserved areas.

T-Mobile said in its filing that their 4G LTE coverage maps provided to the FCC are a static snapshot in time. “Rather than overstating T-Mobile coverage, the submitted files more likely understate coverage as T-Mobile continued to expand its network throughout the challenge process,” T-Mobile said. 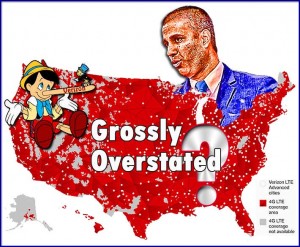 FCC Chairman Ajit Pai said that his agency will be investigating whether there were any Pinocchio presentations when carriers submitted their coverage maps.

“RWA’s misrepresentations are part of an ongoing pattern of baseless allegations by the organization against T-Mobile designed to delay or thwart competition in rural America and deprive rural Americans of meaningful choice for broadband services. The organization’s repeated disregard for fact-based advocacy is a disrespectful waste of Commission time and resources,” T-Mobile said in its response that urged the Commission to disregard RWA’s “baseless allegations”.

FCC Chairman Ajit Pai announced last week that the FCC has initiated an investigation and a preliminary review of test data “suggested significant violations of the Commission’s rules.”

In halting the $5.4 billion program, FCC Chairman Ajit Pai, said in a statement, “My top priority is bridging the digital divide and ensuring that Americans have access to digital opportunity regardless of where they live, and the FCC’s Mobility Fund Phase II program can play a key role in extending high-speed Internet access to rural areas across America.”

The Chairman’s program pause wasn’t welcomed by U.S.Senator Joe Manchin (D-WV) who has put a hold on FCC nominee Brendan Carr’s confirmation to a five-year term.