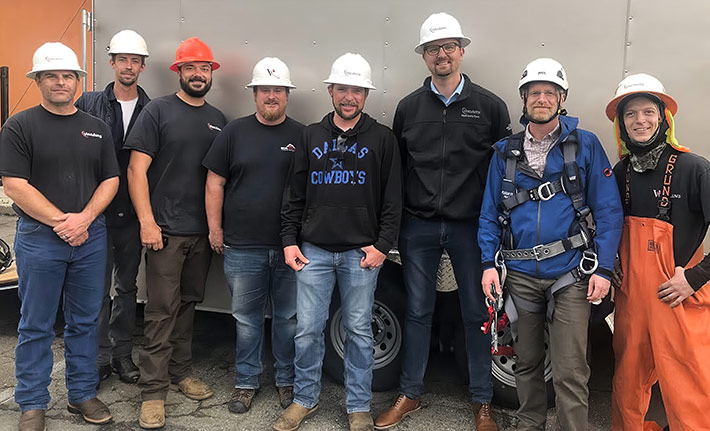 No stranger to manlifts, climbing cell sites, and even ascending a 2,000-foot tower, FCC Commissioner Brendan Carr joined a Vinculums crew on Wednesday to troubleshoot a cell site along a highway outside of San Jose, Calif.

According to Carr, the problem turned out to be a bad connector on a sector’s transmission line.

The Vinculums team, with Carr’s assistance, had it fixed by rush hour. 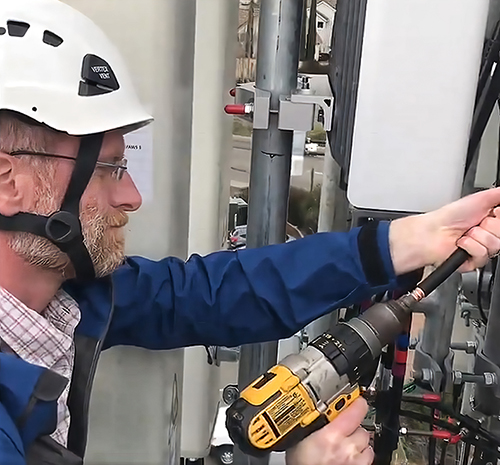 FCC Commissioner Brendan Carr fixed a short at a California cell site. He also said there was a shortage of 20,000 wireless workers.

Addressing another problem, during a speech before the Transatlantic Policy Dialogue in Barcelona on Monday, Carr said that there will be a need for wireless contractors to double their workforce to ensure that America is successful in rolling out 5G.

“The tower construction industry estimates that it will need to nearly double its workforce in order to upgrade America’s networks to 5G. That’s more than 20,000 solidly middle-class jobs—the kind of jobs that, in most parts of the country, you can raise a family on,” Carr said.

Although Carr is clearly correct that there is a shortage of workers, he doesn’t state what trade group has provided those figures. Industry organizations frequently provide guesstimates based upon anecdotal data.

The last and only sound study to identify how many tower climbers there were in the nation  was taken by Wireless Estimator four years ago, finding that there were 29,000 elevated workers. That was a  workforce snapshot then, and doesn’t accurately reflect today’s wireless workers.

However, of 11  contractors interviewed this week, eight of them said that they have increased their field count in the past four years.

Two of the industry’s largest safety training companies said that they have seen a dramatic increase in worker training over the years and believe that the nation’s climber count has increased, although they could not immediately identify what percentage of their students were new hires.

Wireless Estimator’s job board, the largest in the nation, is oftentimes used to assess workforce requirements. Today’s 682 job postings represent the greatest number of positions available in the past five years.

Some of the vacancies, according to HR personnel, are due to some workers leaving the workforce for other professions. Hiring managers keep their employment needs confidential, making it difficult to assess true workforce requirements. 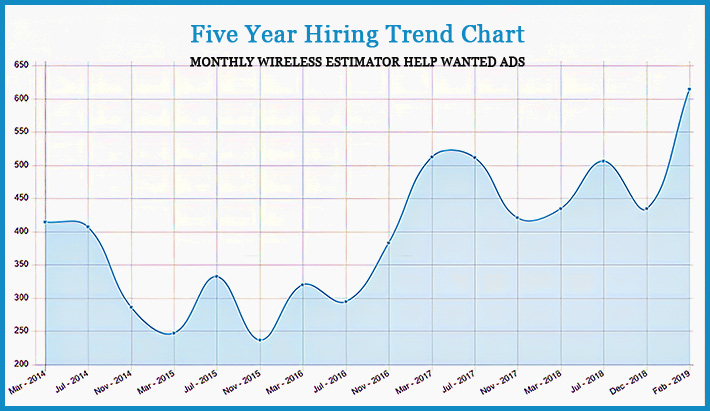