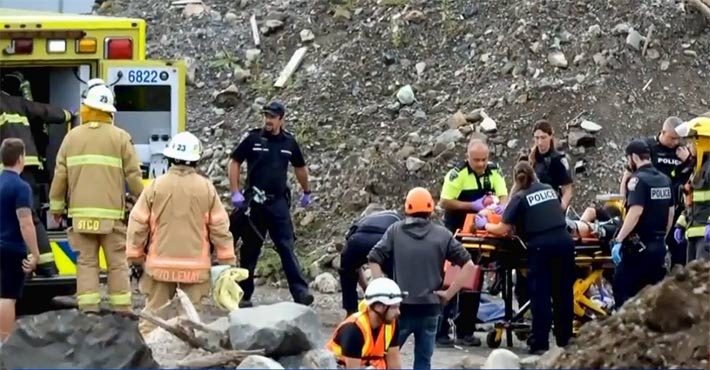 Emergency workers attended to the two tower technicians that fell in Candiac, Quebec on August 16, 2019

Services were held Tuesday for a 22-year-old tower tech, Maxime Asselin, who passed away on August 26, 2019 after suffering serious injuries from a fall off of a monopole in Candiac, Quebec on August 16, 2019. 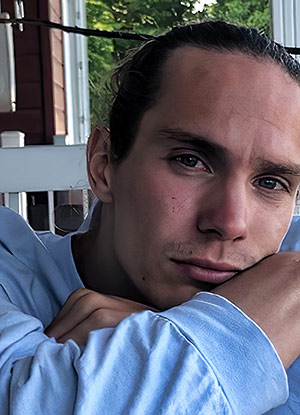 Asselin is survived by his wife Elodie Julien, his parents Josée Langelier and Marco Asselin, his brothers and their spouses Jean-François Asselin (Cindy), Francis Asselin (Arianne), his goddaughter Anaël Asselin, his nephews Milan Asselin and Logan.

Asselin and his co-worker, Grabiel Otis, employed by Groupe Erivan Gecom, were dismantling the monopole located in a new residential project when they fell from an unknown height. Otis is reportedly still in the hospital, but in stable condition.

Following the accident, Gecom issued a statement saying it would fully cooperate with authorities investigating the incident. It said an “unfortunate work accident” occurred involving a “fall of several meters during an operation to dismantle the tower.”

Conflicting witness reports state that the men were considerably higher on the tower when they fell. One report said the men were on the structure’s ladder when it came lose from a monopole section.

Inspectors from the Standards, Equity, Health and Safety Commission (CNESST) visited the site immediately following the accident and are investigating. 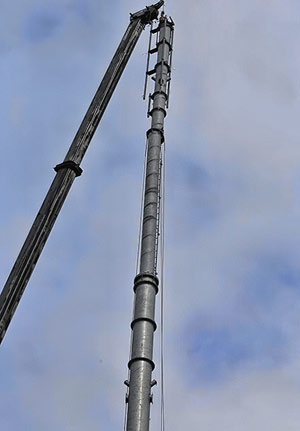 Both tower techs were on this monopole structure when they fell

Canada’s Structure, Tower & Antenna Council (STAC) is encouraging its members and others to donate to the respective GoFundMe campaigns for the families of Maxime Asselin  and Grabiel Otis.

The best estimate of the number of wireless at height workers are 1,200 to 1,500 climbers in Canada.

Three tower technicians were killed Wednesday in Germany when the man basket they were working from broke loose from a TV broadcast tower at the 164-foot level, throwing them to their death.