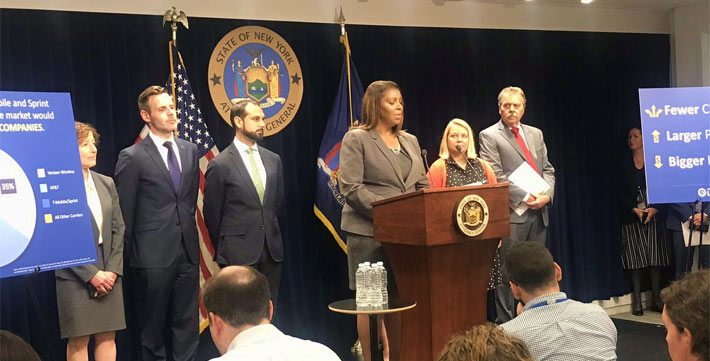 Late last month Moffett Nathanson Research analysts set the odds of the T-Mobile/Sprint merger going through at 50/50. Today, it’s likely that the smart money is on the $26.5 billion mega deal failing after a lawsuit was filed in Federal District Court in Manhattan by a group of state attorneys general seeking to block the marriage of the third and fourth largest wireless carriers in the U.S.

The action was led by Letitia James of New York and Xavier Becerra of California along with eight other attorneys general – all Democrats – seeking to derail the acquisition.

“The T-Mobile and Sprint merger would not only cause irreparable harm to mobile subscribers nationwide by cutting access to affordable, reliable wireless service for millions of Americans, but would particularly affect lower-income and minority communities here in New York and in urban areas across the country,” James said in a statement. 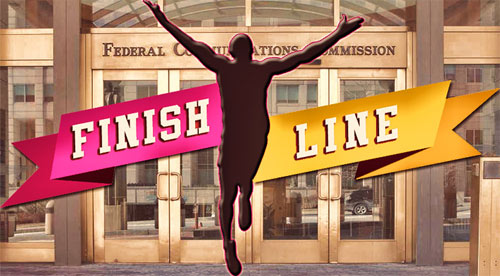 “In a Tweet, James said “The T-Mobile/Sprint merger would cause irreplaceable harm to millions of subscribers nationwide, particularly affecting low-income & communities of color. It’s exactly the sort of consumer-harming, job-killing megamerger our antitrust laws were designed to prevent.”

Joining James and Becerra were attorney generals from Colorado, Connecticut, the District of Columbia, Maryland, Michigan, Mississippi, Virginia and Wisconsin.

The group plans to request a preliminary injunction until the carriers resolved the lawsuit, even if the Justice Department approved the merger.

FCC Chairman ajit Pai said last month that the deal would advance “critical objectives”  that would help close the digital divide in rural American communities and advance the nation’s leadership in 5G technology.

In spite of the FCC’s Republican majority wanting the merger to succeed, the deal could be kayoed by the Justice Department. A decision is expected in the coming weeks.