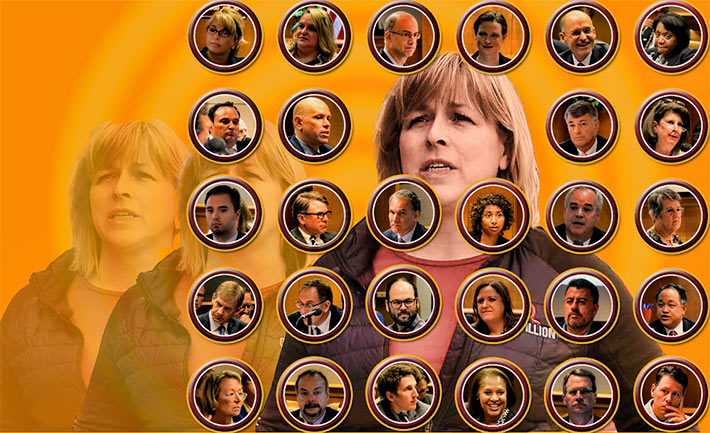 While Elizabeth Pierce was heading the FCC’s 29-member Broadband Deployment Advisory Committee, she had been running a scam to have investors contribute more than $270 million to her company, primarily based upon her forged documents.

Geoffrey S. Berman, the United States Attorney for the Southern District of New York, announced that Elizabeth Ann Pierce, the former chief executive officer of Quintillion, a telecommunications company in Alaska, and the former head of the FCC’s Broadband Deployment Advisory Committee (BDAC), was sentenced last week in Manhattan federal court to 60 months in prison for defrauding investors in New York of more than $270 million during her time as CEO.  Pierce previously pled guilty before U.S. District Judge Edgardo Ramos, who imposed the sentence.

In April 2017, FCC Commissioner Ajit Pai, appointed Pierce to serve as the chair of the BDAC.  A year later she was charged in the complaint published by Wireless Estimator with a $250 million fraud in an indictment that was later increased to $270 million.

Last February she admitted to bilking her investors.

During her sentencing, Pierce apologized but blamed others. Ramos said her effort to pass guilt to others was no excuse for what she did.

“Elizabeth Ann Pierce, the then-CEO of Quintillion, placed her ambition above the law,” Berman said in a statement.

“In order to raise over $270 million to build a fiber optic cable system in northern Alaska, she repeatedly lied to her investors and forged the signatures of her customers’ executives on fake revenue contracts. When her scheme started to unravel, she tried to delay exposure with yet more lies and forged documents. She will now serve five years in prison for her crime,” said Berman.

Until July 2017, Pierce was CEO of the company that builds, operates, and markets a high-speed fiber optic cable system.  The Quintillion System consists of three segments: a subsea segment that spans the Alaskan Arctic, a terrestrial segment that runs north to south along the Dalton Highway, and a land-based network of fibers that connects the subsea and terrestrial segments.  The system is connected to the lower 48 states through other existing networks.

Between May 2015 and July 2017, Pierce engaged in a scheme to induce two New York-based investment companies to provide more than $270 million to construct the system by providing them with eight forged broadband capacity sales contracts and related order forms under which Quintillion would obtain guaranteed revenue once the system was built.

Under the fake revenue agreements, four telecommunications services companies appeared to have made binding commitments to purchase specific wholesale quantities of capacity from Quintillion at specified prices. The cumulative value of the fake agreements was approximately $1 billion over the life of the agreements.  In reality, the revenue agreements were completely worthless because Pierce had forged the counterparties’ signatures.

As part of Pierce’s overall scheme, she also swindled two individual investors out of a total of $365,000.  Pierce led these individuals to believe that they would acquire ownership interests in Quintillion when, in fact, she used half of one victim’s money and all of the other victim’s investment for her own personal benefit.  These individuals have received no shares and none of their money back from Pierce..

Pierce’s scheme started to unravel when another customer disputed invoices that it received from Quintillion pursuant to one of the fake agreementss.  Shortly thereafter, in the midst of Quintillion’s internal investigation, Pierce abruptly resigned.  Quintillion self-reported her conduct to the Department of Justice.