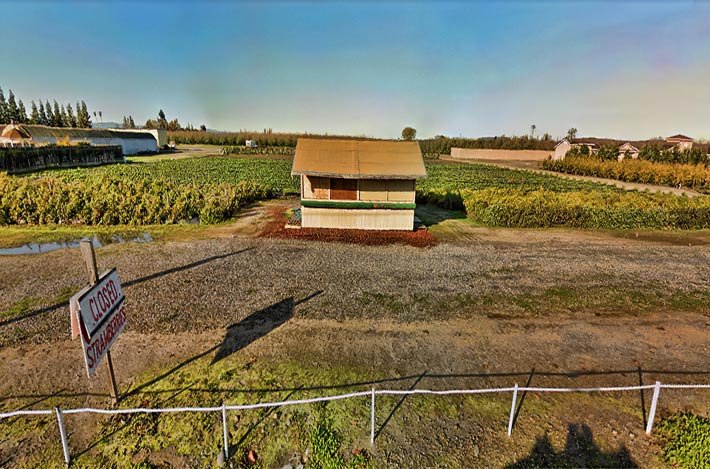 The City of Ripon, California’s City Council agreed yesterday to move forward with an agreement with Sprint (below) to allow the carrier to replace an existing cell tower at the Weston Elementary School with one to be built on acreage with strawberry fields  approximately three-quarters of a mile north of the school.

Bowing to pressure in April, Sprint turned off the school’s cell site after community activists demanded its removal after four students were diagnosed with cancer over the past few years.

The industry unequivocally tore into the carrier for caving in. Wireless Estimator exposed the inaccurate information being used by parents to create a groundswell of pressure against Sprint to remove the site.

The carrier is still doubling down on its decision to turn off and move the site in order to be good corporate neighbors, even though they’re aware that other communities are using the Ripon removal as a clarion call to excise towers from schools such as in Utah where parents are requesting that 35 towers should be removed.

It is not known if the new Ripon location will provide the coverage for the school’s educational and safety needs.

The strawberry site deal was originally opposed by the city and they let the Joaquin County Planning Department know that they were in opposition. However, in the agreement, Ripon said they were retracting their opposition and will allow Sprint to maintain the site for at least 15 years if they annex the county property. 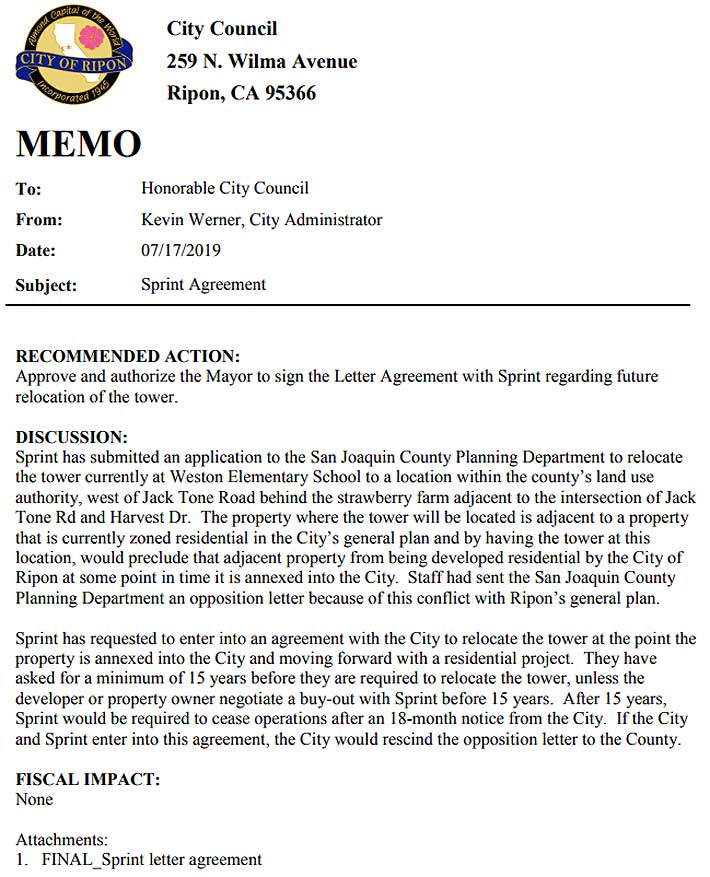 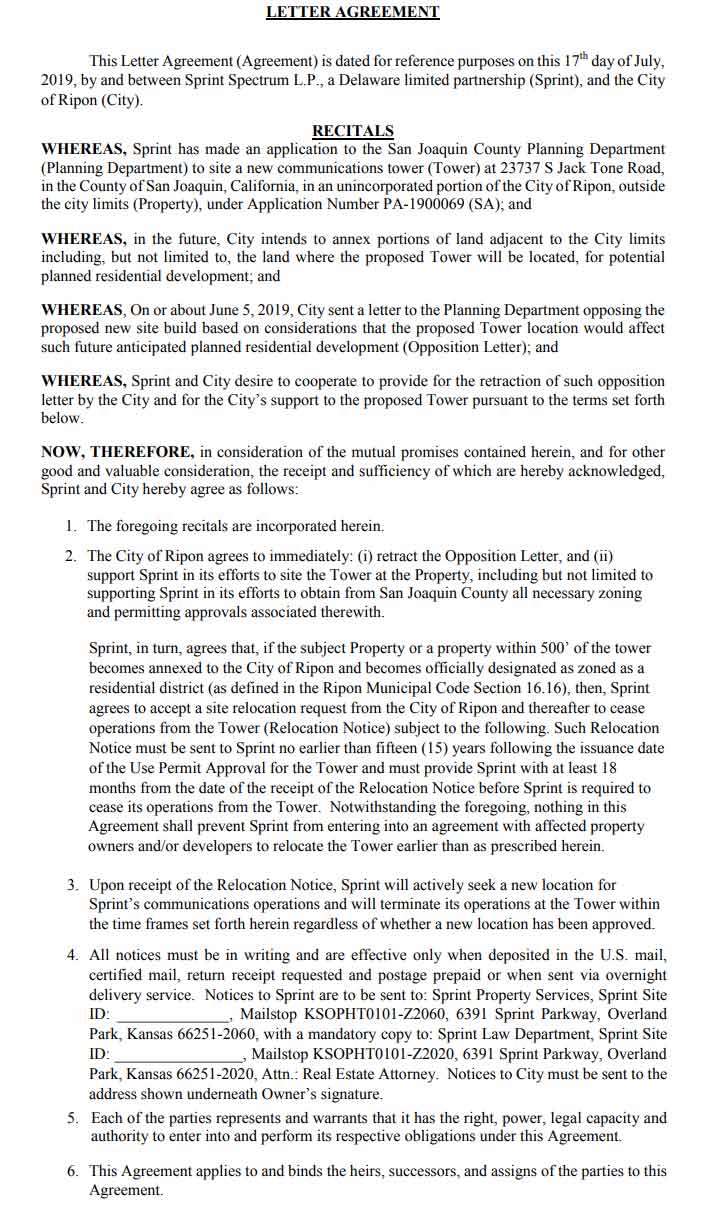