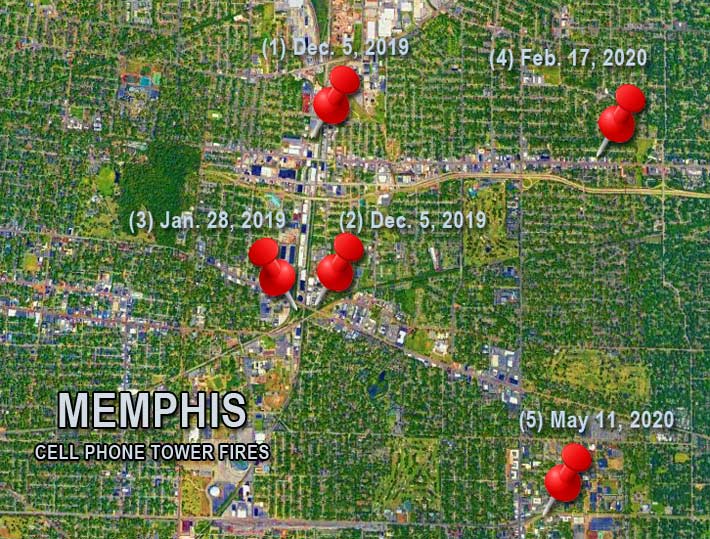 Except for a monopole fire set on Dec. 5, 2019 to an SBA Communications structure (Pin 1), four additional structures torched were owned by Crown Castle

Memphis, Tennessee police and the city’s fire department are investigating a cell phone tower fire that occurred Monday night that is currently being considered to have been set by vandals. 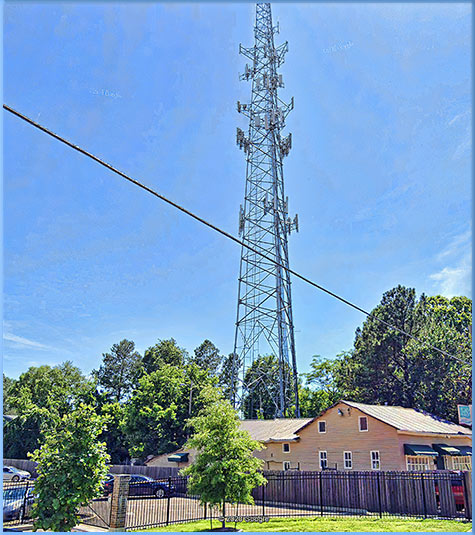 The structure, a 300-foot self-supporting tower located behind 3513 Southern Ave., is owned by Crown Castle.

It is the fifth cell tower fire that has reportedly been set by arsonists since last December.

Of the five structures, four of them are owned by Crown Castle. A fifth tower torched is owned by SBA Communications.

Although it would be expected that authorities might conclude that Crown Castle towers are being targeted, a review of tower owners in Memphis would easily dissuade that presumption since in the city Crown is the primary provider of structures.

In addition to their portfolio, Crown Castle acquired AT&T’s towers in 2014, as well as others in the Memphis market. The Southern Ave. structure was an AT&T tower built in 1991.

Two of the other towers that were set on fire were Crown Castle monopoles sitting 185 yards from each other divided by a railroad track.

In a five-mile radius from the center of where the fires were set, Crown Castle owns approximately 70% of the cell towers, according to the FCC’s database.

Tim Jaki, Vice President, Assets, Crown Castle, informed Wireless Estimator that “Crown Castle is aware of several fire incidents in Memphis, Tennessee. These incidents are under investigation by the Memphis Fire Department, and we will continue to aid their investigation in any way we can.”

Prior to Monday’s fire, Crown Castle suffered considerable damage to their Summer Ave. monopole on February 14.

A Quebec couple in their twenties, a model and a novice rapper, were arrested last Thursday in Sainte-Adèle, a town about 50 miles outside of Montreal for allegedly setting fire to seven cell sites in Canada. If found guilty, their sentencing is expected to get world wide attention.