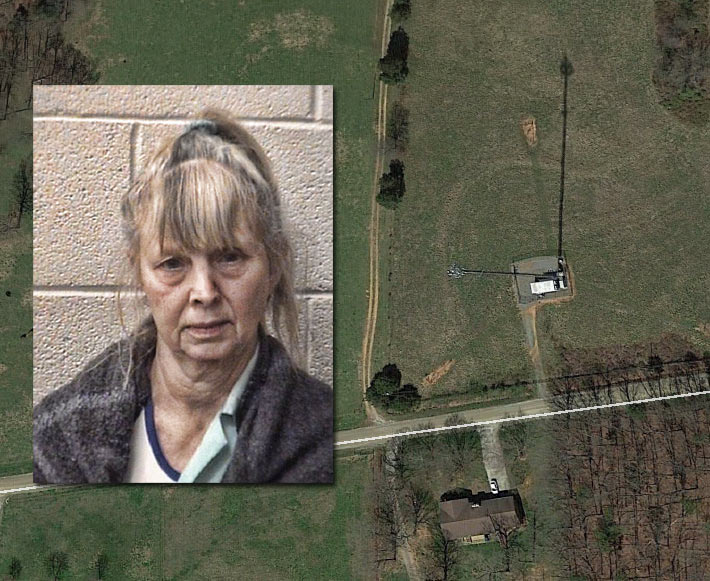 Susan Lynn Moose, according to authorities, after shooting at cell tower workers ran into her home which was nearby and barricaded herself when law enforcement arrived. She was reportedly armed with a pair of axes.

Two tower techs working on a 290-foot Crown Castle guyed tower in Taylorsville, North Carolina were targets of choice for a deranged 61-year-old woman who began shooting at them with a 22-caliber revolver. Thankfully, her aim was just as off balance as she was and the men were not injured.

According to Alexander County Sheriff’s Office authorities, Susan Lynn Moose was charged with assault with a deadly weapon and released on a $10,000 bond after shooting at the cell tower workers on Sunday.

A third worker on the ground had called 911, stating: “I’ve got a lady across the street that’s been yelling and raising hell since we’ve been here — that we’re on her property — and now there’s shots that have been fired. I’ve got two guys on the tower.”

According to multiple news reports, Sheriff Chris Bowman said that Moose had previously contacted his department with concerns about the tower and that she was hearing voices from the tower. The structure was erected in 1994 and it is not known when it began speaking with Moose.

Moose’s release was short-lived since she was arrested again yesterday on additional warrants by the Sheriff’s Office in a separate incident for breaking and entering and trespassing. Another $10,000 bond on the new charges has been added and Moose remains in the Alexander County Detention Center.