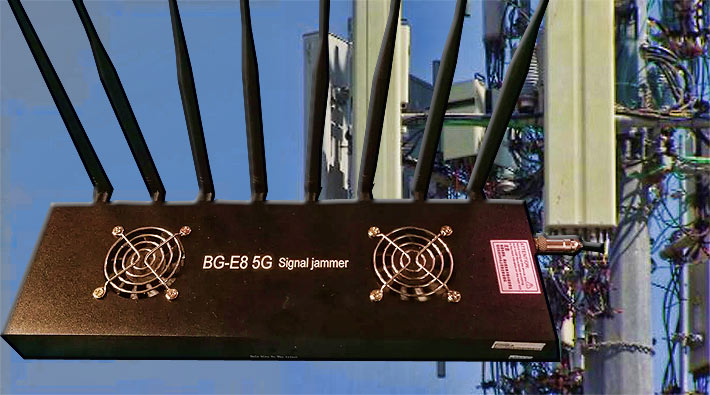 After Morgan Hill, CA police  found two Texin signal jammers in a home that was disrupting neighborhood and emergency  communications, the FCC could step in and fine the resident $112,500

Authorities noticed interference at a communication tower for the last six months. However, in the last week, it had gotten worse, with residents reporting disruptions to Wi-Fi, satellite, and cell phone service.

Investigators traced a jamming device to a home at Llasgas Rd. and Christeph Dr.

The resident did not respond to police who used the doorbell security camera.

They then obtained a search warrant and entered the house. Once inside, officers lost all radio communication. They found two signal jammers, disabled the devices, and immediately regained service.

No arrest has been made. The illegal possession and use of a signal jammer is typically enforced by the FCC.

According to the agency, violations are punishable by fines of up to $112,500 per violation and could lead to criminal prosecution, including imprisonment.

The device found in the home, according to police, was a Texin BG-E85G signal jammer.  Advertised for $119 or less online, the unit cancels signals from walkie talkies, wireless cameras, cell phones (3G-to-5G) and Wifi, according to company literature.

One of the largest fines issued to an individual was in 2016 when the FCC fined a Seffner , FL government employee $48,000 who used a jamming device on his daily commute to and from Tampa.

That same year, the agency had its largest fine ever at that time when it levied a $35 million forfeiture order against C.T.S. Technology, a Chinese electronics manufacturer and online retailer, for marketing and selling signal jamming devices to U.S. consumers.

Unfortunately, the fine has not been paid. The FCC does not have the authority to enforce the collection of these fines, leaving that to the Department of Justice.

And even should the DoJ attempt to collect the money, they can’t get more than the defendants have.