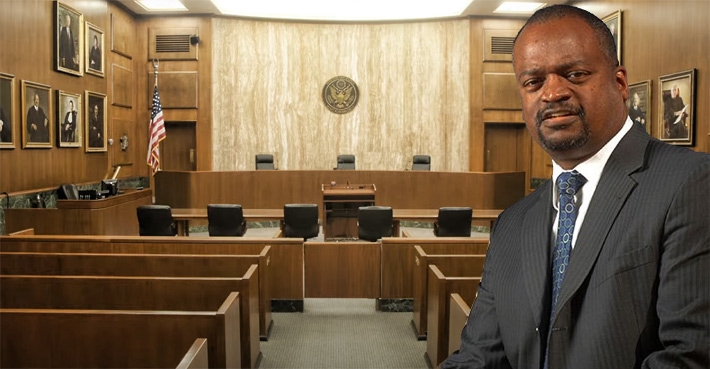 US Court of Appeals for the District of Columbia Circuit Judge Robert L. Wilkins is questioning the FCC’s reliance upon possibly elusive FDA committees and working groups

A D.C. Circuit panel judge yesterday, during oral arguments, appeared unconvinced of the Federal Communications Commission’s support of their findings that cell phones and other connected devices pose no risks to human health.

The Environmental Health Trust, Children’s Health Defense, Consumers for Safe Cell Phones and ten individuals filed a lawsuit against the FCC for review of the Commission’s order.

As reported by Wireless Estimator last December, the FCC’s order was issued to allay concerns about 5G transmitters and devices, maintaining existing allowable RF exposure limits while simplifying the process for determining whether devices are exempt from RF exposure testing.

U.S. Circuit Judge Robert L. Wilkins questioned whether the FCC properly cited two working groups under the Federal Drug Administration’s direction that are supposed to monitor the possibility of wireless ills, stating the FCC failed to explore how these bodies contributed to the record and to substantiate whether they exist at all.

“I’m just going to be very upfront with why I’m inclined to rule against you,” Judge Wilkins informed FCC General Counsel Ashley Boizelle.

“You say that congress directed the FDA to establish an electronic product radiation control program designed to protect the public health and safety from electronic product radiation. The statute that you cite there is 21 U.S.C. Section 360iii. When I read that it says that basically the way that that is done is that a committee that is established will review these standards for testing of an emissions level. But you don’t reference that committee anywhere and I don’t see anything about that committee mentioned in the administrative record.”

“Then later in your brief at page 37 you say not to worry because the FCC stands ready to consider changing exposure limits in appropriate circumstances. And you refer to a radio frequency interagency working group that maintains a continuing dialogue between the FCC and the FDA about these issues and that’s referred to in a letter. But when I read that letter I don’t see any mention of that working group and I don’t see anything in the record that says that that working group actually exists or looked at any of the evidence in this case.”

“But I don’t see any evidence that the working group looked at anything this time so why shouldn’t I send it back?” said Judge Wilkins.

Judge Wilkins requested that Boiseal should provide the court with “information there is about the formation of these committees and working groups” and submit it by this evening.

“That should be fairly easy,” said Judge Wilkins. “They exist or they don’t.”