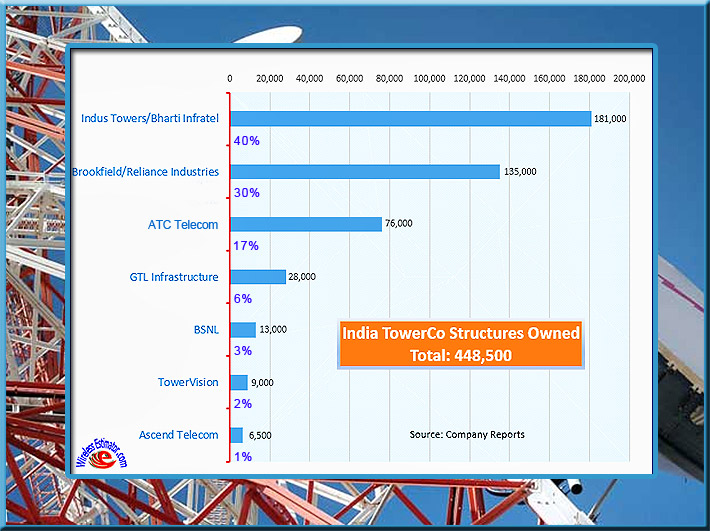 According to the Digital Communications Regulatory Authority of India (DCRAI) in a June report, VI lost its largest number of subscribers ever of 4.3 million while Reliance Jio added 5.5 million and Bharti Airtel had an increase of 3.8 million users.

VI’s operational performance has been impacted by intense competition and a staggering debt of $25 billion, leaving the company unable to move forward with major network upgrades for its 270 million subscribers since its limited cash reserve is $47 million.

The massive debt is primarily a result of a Supreme Court judgment levied in 2019 in the 15-year-old adjusted gross revenue (AGR) case that ruled that non-telecom service revenue should be part of the AGR calculations.

180,000 tenancies would be shaved from towercos

In addition, analysts at New Street Research believe that bankruptcy of Vodafone Idea is pending.

VI said today that it is hopeful of government support in generating reasonable returns on its investment and addressing the challenges plaguing the telecom sector, the company’s chairperson Himanshu Kapania said in a letter to shareholders.

“As the industry continues to remain under unsustainable financial duress, your company is hopeful that the government will provide the necessary support to address all structural issues faced by the sector,” Kapania said.

However, carriers are already stretched thin on network capacity.

Bharti Airtel, however, still sees a large opportunity in 2G to 4G migration in the country.

Towerco Bharti Infratel merged with Indus Towers last November and they report a current tenancy rate of 1.8 for their 181,000 towers.

Millions of dollars in revenue could be lost by ATC

The third-largest towerco, ATC Telecom, has 76,000 structures with 20,000 of them being acquired from Vodafone and Idea Cellular for $1.2 billion in 2018 with both carriers agreeing to a tenancy agreement.

At the time of the agreement, it was identified that the two carriers were merging and there would be approximately 6,300 duplicated sites, leaving 13,700 or more structures that could lose their VI tenant.