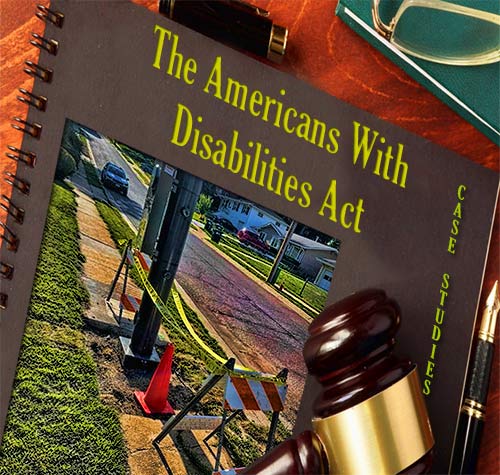 Verizon has committed to rerouting the sidewalk around this small cell node in Omaha, Nebraska to meet ADA requirements.

However, when a 5G small cell node is purposely installed in the center of a sidewalk due to nearby underground utility concerns, there is community outrage, such as the concerns registered in Omaha, Nebraska last week when residents were horrified to find a “massive” cell phone tower smack dab in the middle of a sidewalk. 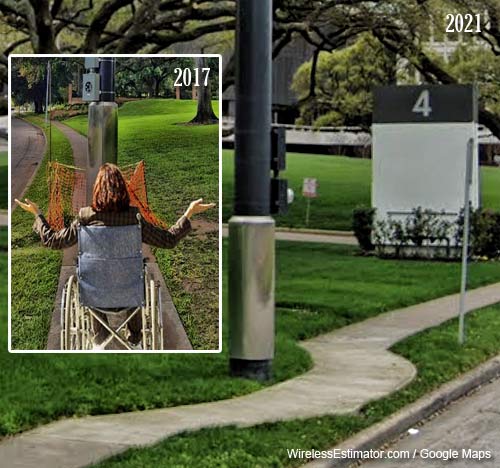 In 2017, Mobilitie was called out by Houston, Texas authorities for placing multiple small cells in the middle of sidewalks without contacting authorities. To meet ADA requirements they had to reroute sidewalks.

The enormous Verizon structure appeared to be the same diameter or smaller of a telephone pole directly across the street and the carrier will be extending the sidewalk around it to allow for pedestrian and wheelchair access that meets the Americans With Disabilities Act (ADA) standards.

In a statement, according to WOWT, Verizon said: “The planned location for the Verizon small cell node at 55th & Poppleton in Omaha was initially near the green space south of the sidewalk between the curb and sidewalk. However, during site planning, it was discovered that multiple utility lines existed in the area. Accordingly, Verizon coordinated with the City of Omaha to avoid the other utility lines by extending the sidewalk south in order to place the pole on the upper north half of the sidewalk. The City’s planned sidewalk extension also allowed the Verizon pole to be set further from the border of the right-of-way and avoid being closer to the adjacent property.”

An Omaha City Councilmember and a State Senator said they are looking into the matter so that it doesn’t happen again.

In 2017, Mobilitie was called out by Houston, Texas officials for placing multiple small cell nodes in the middle of sidewalks.

After learning of the problems the Department of Public Works and Engineering began to closely monitor plans and inspections for cellular network nodes, the city’s public information officer informed Wireless Estimator.