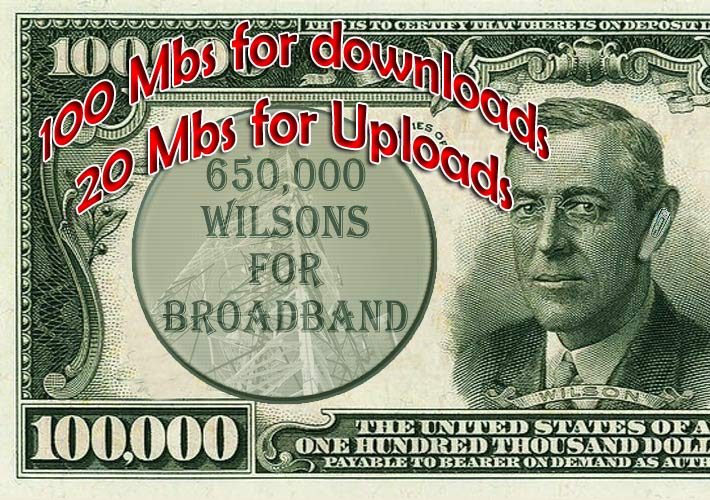 A group of senators finalized the legislative text totaling 2,702 pages last night for the long-awaited infrastructure deal, bringing the Senate a step close to passing the administration’s bill that would provide $65 Billion for the nation’s broadband development.

Industry lobbyists were relieved when their core concern was struck from the legislation being considered that would have favored high-speed fiber development only.

The text states that broadband providers would require the deployment of service at speeds of at least 100 Mbs download and 20 Mps upload, allowing wireless proposals to be accepted.

“I must admit our industry was taken a bit by surprise when so many policymakers aimed for what they called a ‘future proof’ strategy, mandating 100Mbps speeds up and down, which was code for ‘fiber-only.’ But this idea hadn’t been properly vetted considering the complexities of the telecom networks,” said WIA President and CEO Jonathan Adelstein earlier this month.

He emphasized that wireless can provide the needed flexibility required to meet the goals of the infrastructure bill’s broadband initiative.

Although it is expected that the legislation could pass the Senate in a matter of days, it will have to go through a tough amendment process.

In addition, a roadblock could be thrown up by Speaker Nancy Pelosi (D-Calif.).

Even though Senate Majority Leader Chuck Schumer (D-N.Y.) and negotiators are predicting the Senate could be done with the bipartisan bill by the end of this week, Pelosi has publicly said that she is committed to holding the “hard” infrastructure bill until the House receives the $3.5 trillion social spending package.

The section of the bill that addresses broadband speeds states:

“QUALIFIED BROADBAND PROJECTS.—Section 142 of such Code is amended by adding at the end the 6 following new subsection:

‘‘(1) IN GENERAL.—For purposes of subsection (a)(16), the term ‘qualified broadband project’ means any project which—

‘‘(A) is designed to provide broadband service solely to 1 or more census block groups in which more than 50 percent of residential households do not have access to fixed, terrestrial broadband service which delivers at least 25 megabits per second downstream and at least 3 megabits service upstream, and