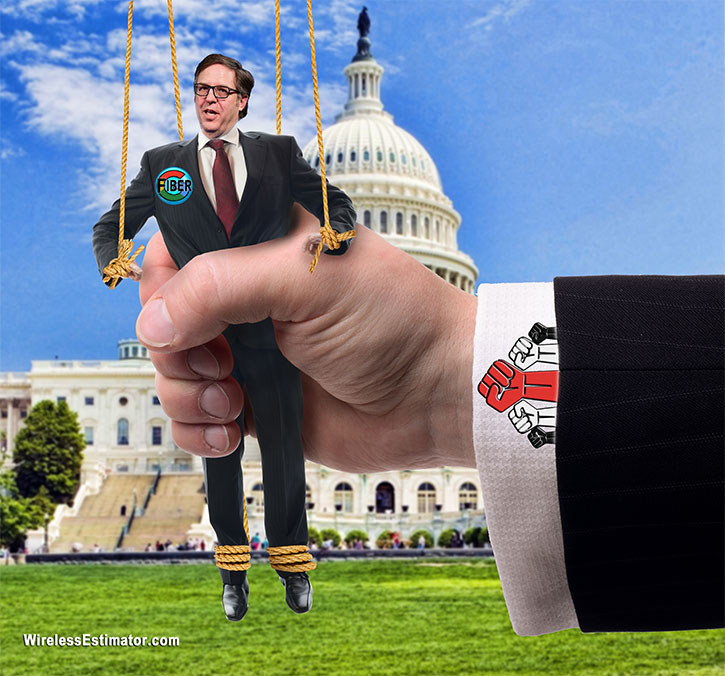 NTIA Administrator Alan Davidson informed Congress that he was going to take their direction and be transparent. He failed to honor his comittment.

At a hearing on February 16, 2022, Alan Davidson, Assistant Secretary of Commerce for Communications and Information and NTIA Administrator, informed House Energy and Commerce Subcommittee on Communications and Technology members that “…we need a technology-neutral approach to funding broadband projects and the focus on fiber will only get us so far.”

Explaining how NTIA would ensure that States would take a technology-neutral approach with $42 billion in funding, Davidson said, “I’ll just say quickly, you know, we’re not adopting a one-size-fits-all approach here.”

He acknowledged that fiber is an important technology, adding, “We also know there may be situations where other technologies are important. So, States are going to craft their program.”

“Sunlight is the best disinfectant, and I strongly believe that. Transparency is a huge part of our accountability,” Davidson said, assuring the committee members that they can expect full openness on the NTIA’s Notice of Funding Opportunity (NOFO). 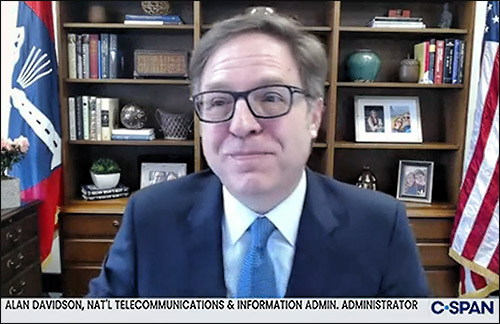 During a C-SPAN-covered hearing of the House Energy and Commerce Subcommittee on Communications and Technology, Alan Davidson said that sunlight was the best disinfectant, and then he pulled down the shades.

On April 13, 2022, when Davidson’s staff was proofreading the completed NOFO, he held a 50-minute fireside chat with Broadband Breakfast to discuss the upcoming document.

Davidson, an internet policy expert, technologists and attorney, didn’t discuss how fiber would be identified in the NOFO, but emphasized the need to follow Congress’s advice.

“Again, that’s why you hear me talking about the statutes so much. We’ve been given clear guidance by Congress, we believe we’re going to be putting out a program that fits in that… That follows that guidance, that framework really closely. And I think the law is pretty clear,” Davidson said.

On May 13, 2022, the NOFO was released, and industry leaders were taken back by Davidson’s lack of transparency, his unwillingness to take guidance from Congress, his prioritization of fiber, and possible law violations.

Associations were swift in letting their concerns be known, and many of their members questioned Davidson’s motivation for championing fiber.

Over a dozen people contacted Wireless Estimator with what they believe could have prompted Davidson to heavily support fiber. Although some motivations have merit, one that was predominant was the advocacy of the Communications Workers of America (CWA).

Another unsupported theory was the heavy advocacy of The Fiber Broadband Association (FBA) and its members.

Member Google Fiber is ramping up its fiber build again, and the NOFO comes at an ideal time.

And it’s likely that Davidson still has ties to Google since he started Google’s public policy office in Washington, D.C., leading government relations and policy in North and South America for seven years until 2012.

In addition, Alphabet provided then candidate Biden and Democrats in 2020 with over 80% of their $21 million in contributions.

FBA member Corning could also be a significant influencer since they have about 17% of the global market share of fiber and member Furukawa Electric has 11%.

Three months before the Infrastructure Investment and Jobs Act (IIJA) was signed into law last November, the CWA funded and rolled out their Build Broadband Better brigade. It involved a six-figure-plus TV and digital ad spend along with lobbyists’ fees and other support expenses.

They said they were committed to creating “good union jobs and high-quality fiberoptic broadband access.” Brigade members had also given presentations about the campaign to key national groups, including AFL-CIO State Federation and Central Labor Council Leaders, Democratic Governors Association, Democratic Attorney Generals, and the Democratic Legislative Campaign Committee. They also spoke with Congressional committee members and other Democratic legislators.

As part of their campaign, they stated, “CWA members in telecom are the most highly-trained and experienced workforce in the industry, with deep knowledge of deployment, maintenance, and customer support. The critical task of building next-generation fiberoptic broadband networks should be carried out by skilled, union technicians, so the work is done right the first time.”

Except for fiber, all other architectures are ‘inferior’

In a resolution, they acknowledged that their lobbying was successful.

“Because of the advocacy work of CWA, Congress included language in the IIJA requiring that preference be given to companies with a demonstrated record of compliance with labor laws and a commitment to comply with labor laws in the future. This is historic legislative language that for the first time attaches high road employer labor standards as a priority for federal broadband funding.”

The resolution also said, “CWA will urge the Biden Administration to develop strong and enforceable rules for the broadband funding provided under the Infrastructure Investment and Jobs Act (IIJA) that incentivize as much as possible the use of the funds by highly skilled incumbent workforces, disincentivizes companies that follow a low-road employer model using a contractor workforce, and requires recipients of funding to respect workers’ rights to bargain and organize.”

Of greater interest, however, was: “CWA will continue to advocate for policies and requirements at the federal, state, and local levels for public funding used for broadband infrastructure that: prioritizes the buildout of fiberoptic broadband over other, inferior technologies…”.

The CWA, through its newly formed Tower Climbers Union, is close to getting its first group of 11 employees at a Nevada office of QualTek to agree to collective bargaining.

However, it will be difficult to square with other potential companies’ employees that they’re going to be advocating for them and their company while they are currently denigrating the industry’s workforce and looking to take the majority of the funding to their current workforce that is already entrenched in fiber optic installations.

Davidson’s decision could be exempt from scrutiny

Because the IIJA exempts the Broadband Equity, Access and Deployment (BEAD) program from the Administrative Procedures Act, it prevented the public from providing their input on the rules that now govern BEAD and they are not provided any insight into how NTIA and Davidson made their decisions.

Therefore, it’s likely that a Freedom of Information Act request will not be approved to identify why the NTIA decided to prioritize fiber.

However, Davidson can be brought before a subcommittee hearing or be directed by legislators to answer questions regarding his fiber priority stand.

Thirty-four states have already signed up

Thirty-four states have signed up for the program unveiled last Friday.

July 18, 2022 is the deadline for an eligible entity to submit a letter of intent to participate in the BEAD program.