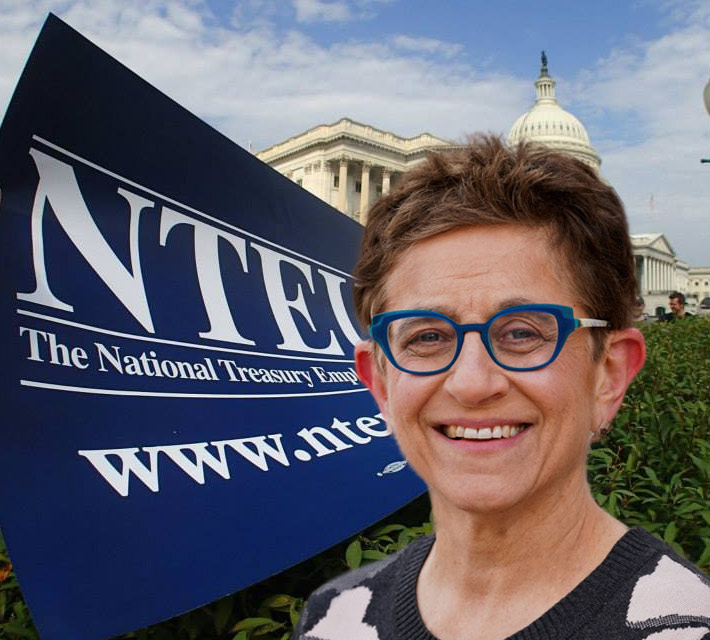 The National Treasury Employees Union, which represents thousands of government employees, has endorsed President Joe Biden’s selection to fill the last empty seat on the Federal Communications Commission with Gigi Sohn. She already has the backing of the Communications Workers of America union.

The National Treasury Employees Union (NTEU), which represents 800 FCC employees and thousands more, has come out in support of the nomination of Gigi Sohn for the still vacant fifth seat — and third Democrat — on the Federal Communications Commission.

In a letter to Sen. Maria Cantwell (D-Wash.), chair of the Senate Commerce Committee, which failed to successfully report Sohn’s nomination to the full Senate for a vote, NTEU National President Anthony Reardon said NTEU was concerned about the continued vacancy and that Sohn was a highly qualified nominee whose nomination should be moved out of committee for a floor vote.

“NTEU believes that Ms. Gigi Sohn is a highly qualified nominee. She is a former staff member of the FCC and knows the agency well and she would be an excellent member of the Commission. Furthermore, I feel that any further delay in the confirmation of her nomination threatens to inhibit progress at the FCC to the detriment of both the workforce and the American consumer.

“The FCC and its highly trained workforce have earned the priority attention of Congress and the US public to complete this nomination process and get down to business. By way of example of the import of this agency’s role, consider that during the Pandemic, it was the FCC commissioners and employees who worked extra hours responding to the national need to quickly implement trailblazing, nationwide telehealth programs and broadband expansion to meet unprecedented, lifesaving needs,” Reardon wrote.

He believes it is time for the country to allow this Commission and its employees to be fully staffed and functioning. He noted that Sohn has a stellar record as a telecom expert.

“I would urge you and your staff can do all that you are able to move this nomination forward so that progress can be made,” Reardon said.

Sohn also has the backing of the Communications Workers of America (CWA) union.

In its six-figure digital ad campaign, the CWA said that it is “dark money corporate groups” that are trying to block the nomination to stave off any actions “that would help ensure all Americans have reliable and affordable access to broadband.”